I've had a realisation. Or maybe just a clearer picture of something that is 'in the air' anyway, or I sort of knew anyway. I'll need to go round the houses a little to say what it is.

We were looking at a 'Which one doesn't belong?' image, where children choose one of the four images that are different in some way to the other three, and, importantly, say how it's different. 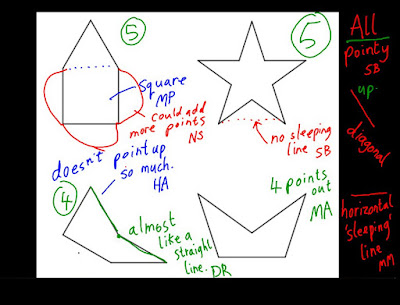 HA said the bottom left shape doesn't point up so much. It seemed to point up quite a lot to me, and I told him so. But he was insistent, so I wrote it anyway.

Yes. I am wondering if he means that the "support" part isn't as "high" as on the house. So fun to try to understand his thinking.
— sarah caban (@csarahj) November 7, 2017

Sarah wondered what he meant, and it made me go and find him and ask him to explain it to me slowly. He drew a bit more: 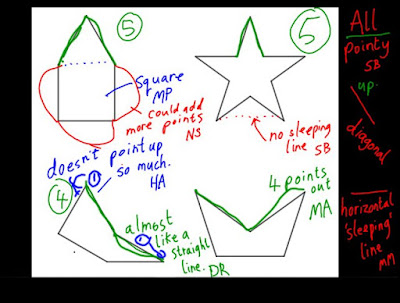 and explained that, if I understood rightly, the bottom right corner of that bottom left shape points downwards, and that kind of makes the whole shape less upwards-pointing.

I thought it was interesting that underneath the apparently simple idea of pointing upwards, other interpretations or meanings could lie. It just took a bit of digging.

It put me in mind of another WODB adventure from back in September...

A couple of posts back, I blogged about a pentomino Which One Doesn't Belong? and possible answers to it. 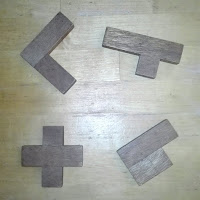 I mentioned, in error, something about concave and convex. I said the bottom right was the only convex shape, the rest were concave. Justin Lanier queried it

and it led to all sort of treasure. How would you be more precise about the intuitive idea of  convexness or of concavity? How would you measure it?

At first Justin, and Vincent, suggested the number of squares you'd need to add to one of the pentominoes to make it convex. I wondered about the same idea but with triangles. I found out that the shape this would create is called the 'convex hull'. Vincent went on to work out how convex the pentominoes were by the criterion of how much of their convex hull they filled: I had another idea. What if you looked at the 'compactness' of the shape, perhaps looking at what proportion of it is within a same-area circle? 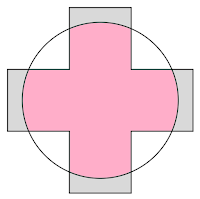 Justin then pointed us to an article, Convexity and Gerrymandering, that talks about all sorts of measures of shape compactness that reflect four essentially distinct characteristics of shape: elongation, indentation, separation, and puncturedness. That really struck me: essentially distinct ideas lurking under the surface of the intuitive sense of compactness or convexness! Ideas which could be measured in very different ways. The way the authors of the article chose was to take pairs of random points within the shape and see what proportion of times lines between those pairs of points fall entirely within the shape. 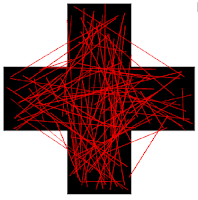 Rod then got thinking about how to calculate this theoretically, and then wrote some code to work it out experimentally: 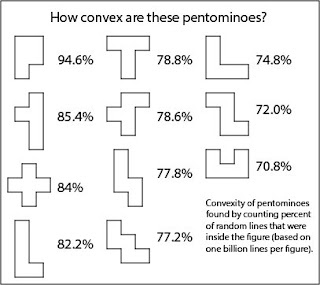 The really striking thing in all this to me is this: you have a vague intuitive sense of how convex a shape is. You start digging. You see there are many different aspects of convexness that you could have in mind. How deep are the indents? What's their area? How stretched out is the shape anyway? And all sorts of other questions. Look at Vincent's and Rod's convexness results: they're different, they order the pentominoes differently, because they're looking at different measures of what being convex is.

Do you see how this links with what HA said?

Students, even 5-year olds like HA, have intuitions about mathematics. They might not link to the ideas on our own map, or trajectory for our students. But that doesn't mean that they aren't describing something that could be mathematised in some precise way, measured numerically. We may just need to question more, see it from another perspective.

HA may have meant (and I'm still not sure) something that could be expressed as: if from the centre of each shape we take the mean direction of all the acute angles, the house points up, the star nowhere and the bottom right points up. Only the bottom left points up and off to the right.

Well, hopefully it's come through what I've written. That there is a whole wealth of mathematical interpretation of initial intuitions, that young students have them too, that we need to question and think through different perspectives if we are to honour these. That it's a wonderful and creative thing...
Posted by Simon Gregg at 14:33