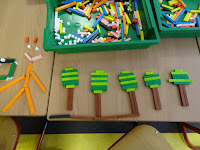 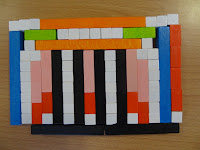 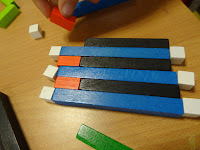 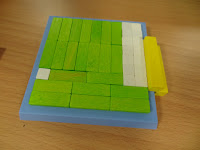 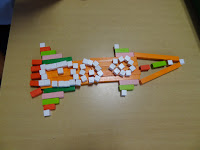 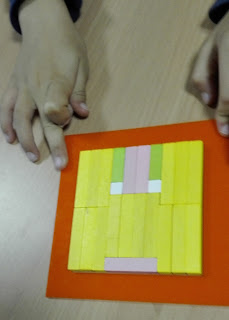 
As you can imagine, there's been some great opportunities for sitting with students and listening to them talk about what they're doing. But here I think I've go a lot more to learn form Kassia and her colleagues and their students...
Posted by Simon Gregg at 04:53 No comments: 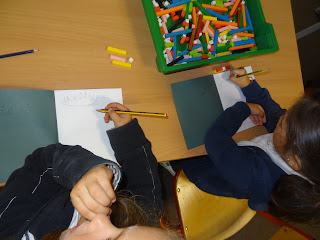 All our individual work in K3 has been with manipulatives and orally so far, with lots of play and games. Today I tried them with a bit of recording in their books.

"What trains can you make that are the same length as the yellow rod?"

Following Madeleine Goutard's lead, I'm leaning towards - and today I asked for - writing rather than drawing as a way of recording, which I would have gone for more in the past, but I was happy to see the drawing too. The rationale here is that symbols are a quicker and simpler way of recording and so they can allow you to think further.

We talked through using the first letter for the rods:

Impressively, just about everyone got it. (One child who doesn't have much English didn't quite understand what I was asking for. I did sit with him for a while and do one example, but he followed up by drawing around rods in various patterns.)

It was interesting to see the different ways the children demarcated their different trains. We should look together at how they managed that.

Although I'd shown them the + sign before, when on the carpet at first with their whiteboards I asked them to write down a train I showed, that wasn't how children recorded, so we went with a list of letters. One boy did add the +s. He wrote

I suggested that to show p+w was the same as y, he wrote

but this was evidently confusing as he then switched to

Maybe I should have just left it!

Where would you go next with this?

I think they need to do something similar a few more times, look at each other's pages, see how to show what they want to say really clearly.

Any thoughts, suggestions? I'm feeling my way through this... 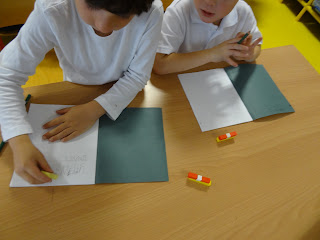 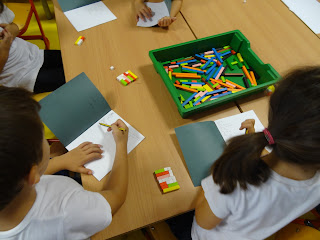 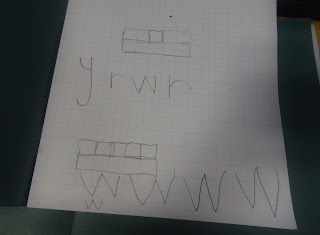 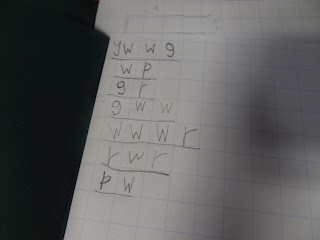 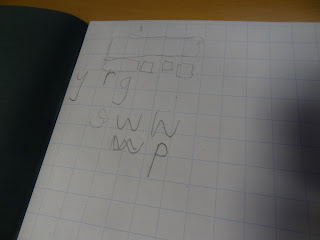 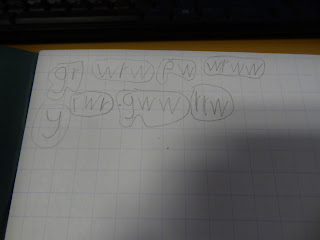 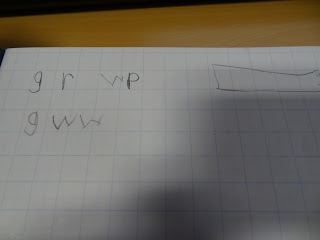 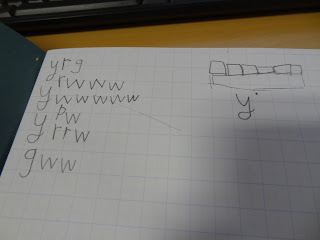 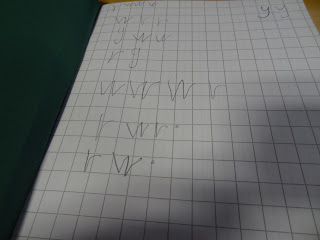 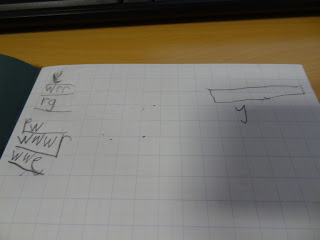 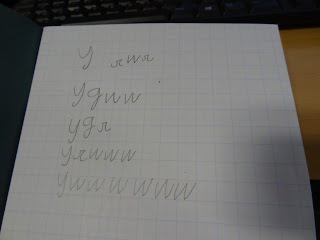 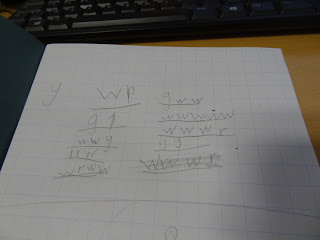 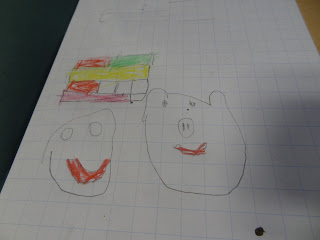 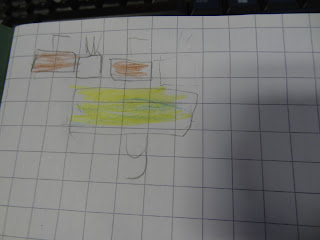 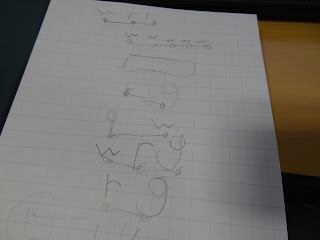 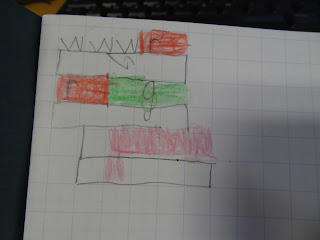