One of my students, A, has been with me for over a year now. He was just three years old when he started, and without much English. His favourite thing was to get the Playmobil cars out, fill them with people, and quietly act out stories with them on his own.

He did lots of other things too. Here he is in the playground, back then in September 2020, with two other students, making a house with the giant Polydron: 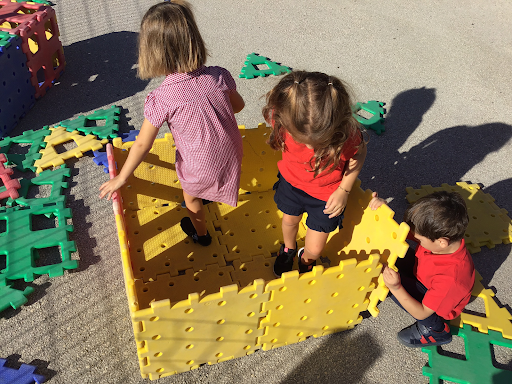 We've watched lots of Numberblocks (see my post on this), where numbers are represented by blocks. 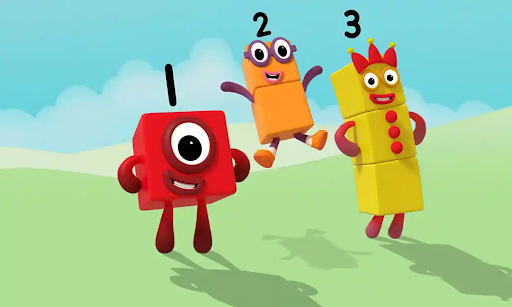 I haven't asked anyone to do this - most of the things that happen in our pre-K (Early Years) classes are child-initiated and developed - but A has been spending a lot of time exploring numbers by building cuboids out of Polydron. While others were content to use our pre-existing interlocking cubes, A wanted to make the cubes himself from squares. He makes other things too, like this house with an interesting floor plan: 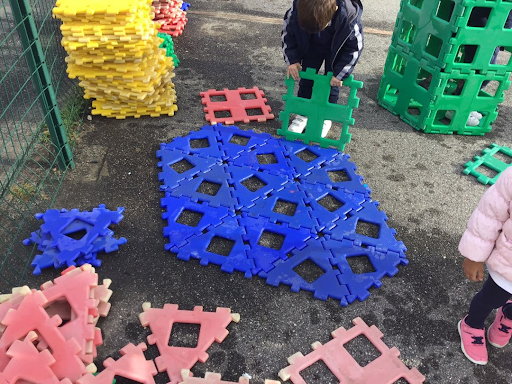 But here's 8 (called 'Octoblock' in Numberblocks), built by A from individual cubes: 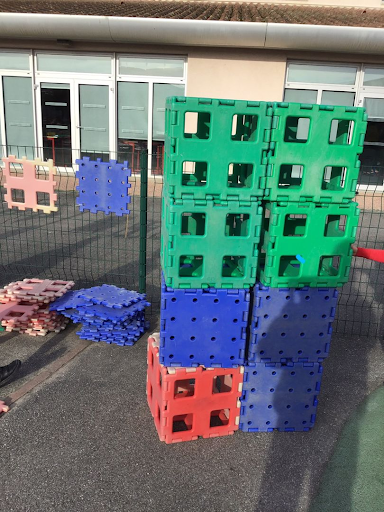 There is a Numbrblocks episode called Terrible Twos, where 4 splits into two 2s who tickle the other numbers while they sleep which makes them split into ones. Here is A's version in magnetic Polydron, a 4 made of two 2s. 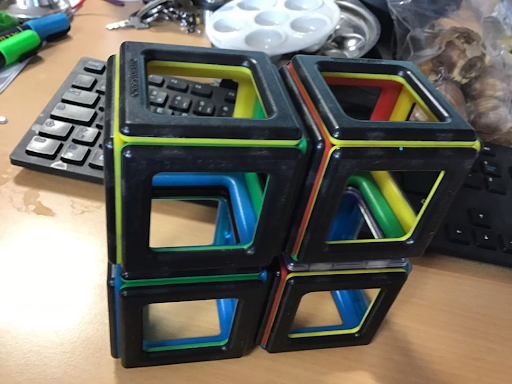 It even comes into his story writing, which is usually about T. rexes and triceratopses: 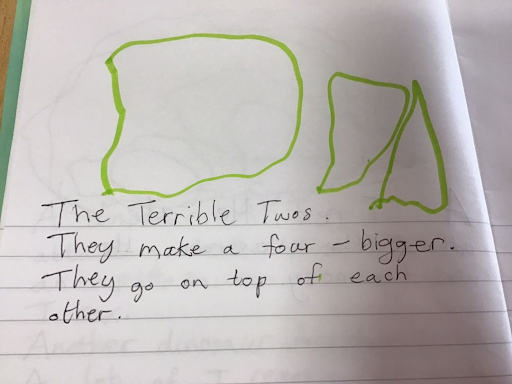 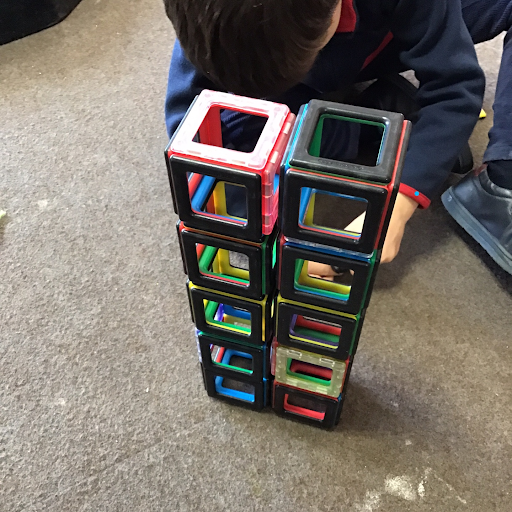 Recently he's developed an interest in writing. Here he is practicing writing the numbers: 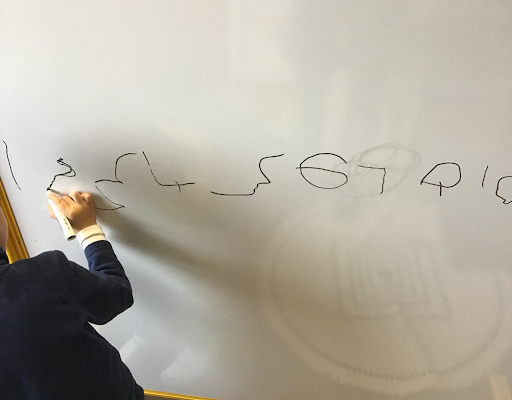 Children also play with the Numicon and tell me equations. They've heard a lot of these on Numberblocks. Here's one from A: 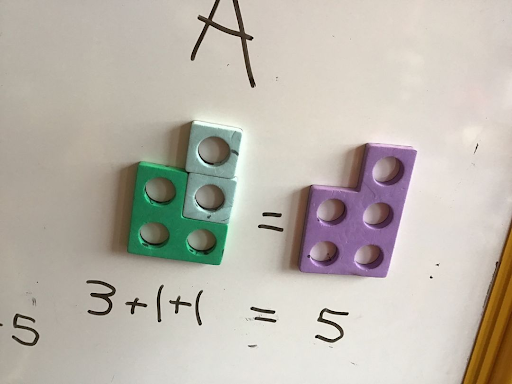 What I really am pleased about is that all this learning is initiated by him (in a climate of appreciation and encouragement of course). It is very much his own and at his pace. I'm pleased that all the four year old students in my class have also found their own different ways to this, enjoying representing numbers and equations. A has also influenced younger students in the class too. T in particular is a real enthusiast for creating the same kind of Polydron 3D numberblocks. 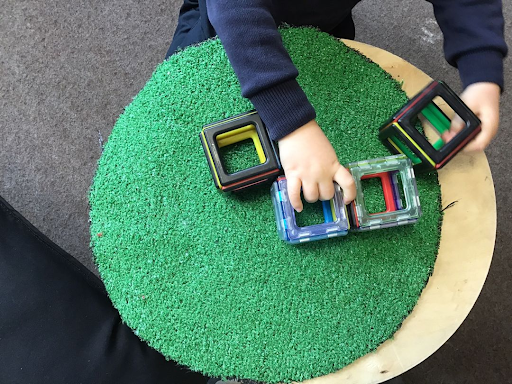 As the students do, T told me some equations linked with what he was doing, and then told me a few more he knew: 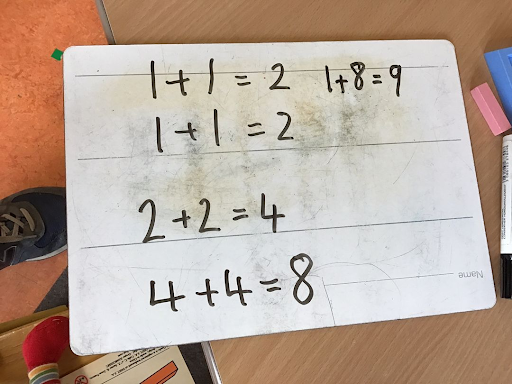 I think it's from these landmarks that young students begin to build their number sense, so what he's doing seems just right to me.
Posted by Simon Gregg at 09:40 No comments: