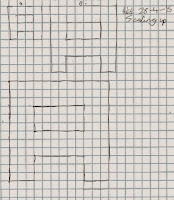 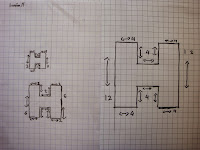 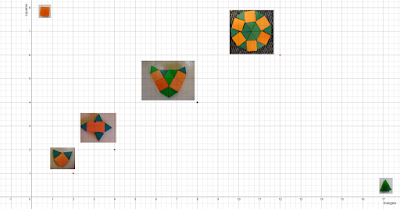 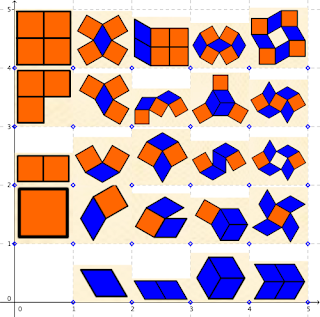 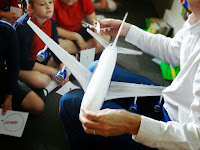 I like how lots of people have different ideas 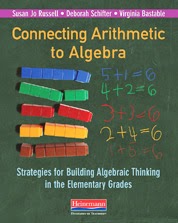 I first came across this book in Kristin Gray's blog. The subtitle Strategies for Building Algebraic Thinking in the Elementary Grades gives more of a picture of what the book is about.

Chapter 1 is available as a PDF, so I read it - and liked it,. And bought it. I'm reading it now.

The idea is, we teach arithmetic, sure, but what about noticing the patterns in what we do, making generalisations, or claims, about the ways numbers behave?

It's not about using algebraic notation - far from it - it's about noticing patterns.

An example from our Y4 classes this year: we asked children to look at patterns if you add consecutive numbers. Quite a few children noticed and made the claim that you always get an odd number if you add two consecutive numbers. Some of them could justify the claim. We'd already had a lesson about the addition of odd and even numbers, so they could refer back to that. Eventually we had a whole load of claims, which I tweeted:

There's more going on here too. It's not just about meta-thinking as subject matter, but the emphasis of the book - and often my approach - is the way this thinking is done. Here's an excerpt of one of the many conversations in the book:


Ms. Diaz: ... Have you ever spent time thinking about how you participate in discussions? Like what do you do when something is hard for you to think about? Or when you don't get what someone is saying?

Kathryn: Well, no one has ever asked me to think about this before. Usually, it is like we just have to have silence.

Ms Diaz: When I was in school, we didn't spend time talking. Only the teacher did the thinking. But I want us to be a team so that we can all contribute.

Brent: It is like there are lots of teachers.

What do you see in this snatch of conversation?

I'm reminded of Freemont's four freedoms mentioned in my last post: freedom to make mistakes, to think for yourself, to ask questions and to choose a method of solution. Conversations like this are places to find these freedoms. Where the teacher asks questions, and genuinely wants to hear what the students think about the question, rather than something that they've told them to learn. It's worth reading Ilana Horn's post on Asking the Right Question.


How do we do that in math class, the place with the most deep-seated rituals of recitation and mindless calculation? How do we move from what English mathematician and philosopher Alfred North Whitehead called ‘inert ideas’ — those which have been received and not utilized or tested or ‘thrown into fresh combinations’?

(I should add, I also love Ralph Pantozzi's coin-tossing activity in the video in the last post, even though, it's not about reflective conversation. It's a teacher-orchestrated activity, and I do plenty of those. One like this can clearly be really enjoyable and memorable and can lead on to opportunities for reflection and conversation. Nicole Louie however mentions "good task worship" in her comment on Ilana's post, and I've been thinking about that lots. You see, I'm always looking for good tasks. Am I a worshiper? I'm still pondering that...)
Posted by Simon Gregg at 03:57 No comments:

Four Freedoms... and a Lesson


Here - thank you, Ralph Pantozzi, thank you Herbert Freemont - they are:

And have you seen Ralph Pantozzi's great (and prize-winning!) probability lesson?