In my last post I shared an idea for a lesson. So, how did it go?

First of all, I checked that we understood the idea of a set. Showing this, 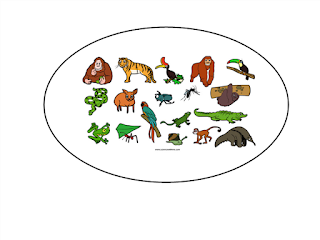 students responded that it was a set of animals. When I asked them to be more specific, they observed that it was a set of rainforest animals. I tried another, this time with some of the girls' names, and again it seemed to be straightforward; the students at first said 'girls' and then 'girls in our class'. So onto the sets of shapes:

1. Students look in pairs at what the members of each set have in common . What are its defining features? 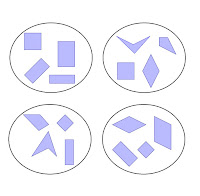 We paired up and got looking and annotating. 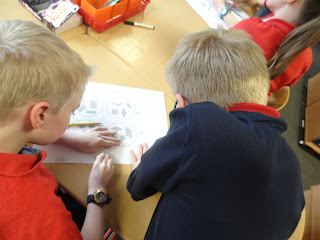 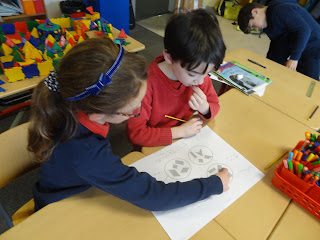 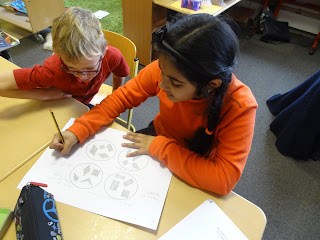 While this was going on, Estelle, Laura and I circulated and asked children to talk to us about what they had noticed. It was good to hear them attributing some of the observations to their partner, and set us up for asking for hands up if they could say something their partner had noticed. Almost everyone did this, while I scribed some of the observations on the whiteboard.
I was pleased when K said, "E saw something really cool..." and made sure I emphasised not just the listening but also the appreciation K was giving. 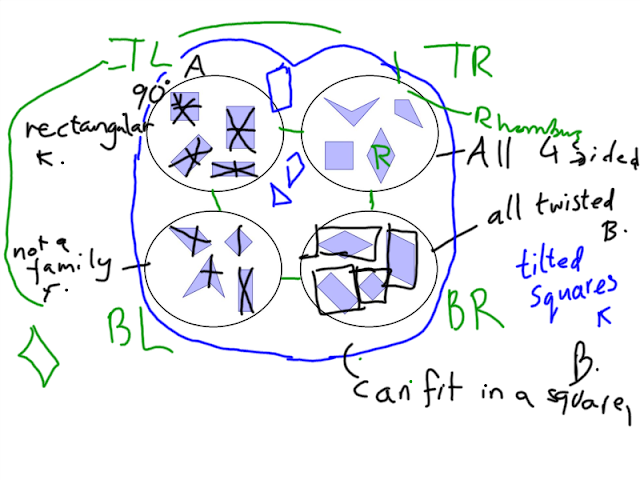 There was plenty noticed. Some things I'd hoped for didn't come up; no-one pointed out the parallel lines in the shapes in the bottom right. No-one saw the features of kites in the top right. But there was lots else. A lot of students commented on the fact that the shapes could be split into triangles. And quite a few talked about how some shapes were like squares that were distorted. 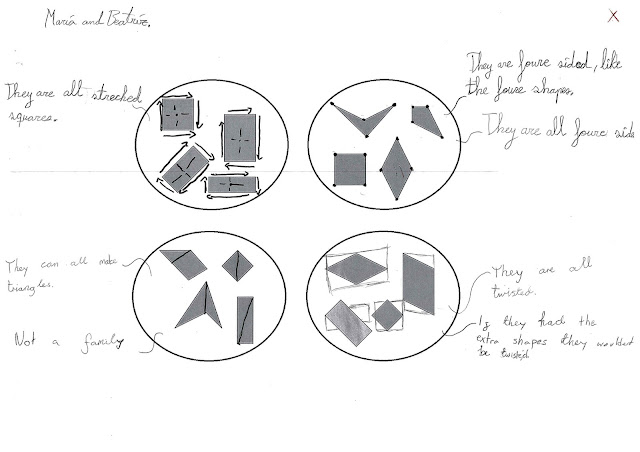 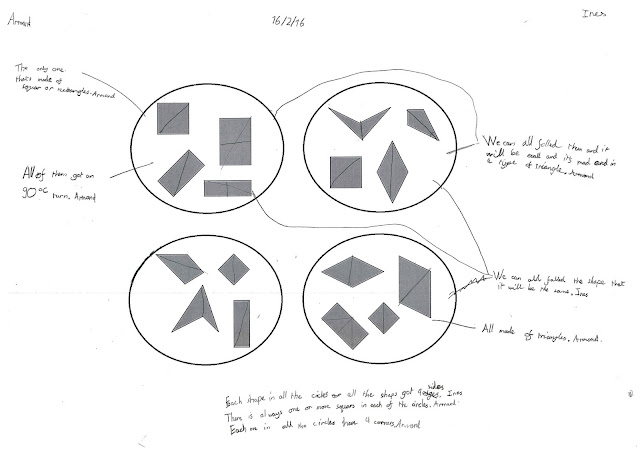 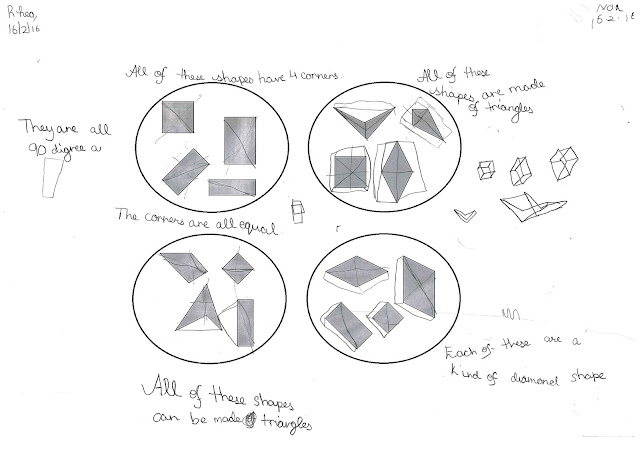 That was quite a lot of articulating our thinking together, so I called it a day, and we played a few games of Aggression to finish off (which involves thinking of its own kind).

Today I returned to it. Rather than try to clarify or introduced terms, I decided to just go with what the students had noticed.

One of the things was that the four-sided shapes could be split into triangles. We looked at that using Geogebra. 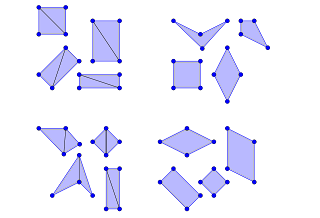 "Do you think all four-sided shapes can be split like this?' - everyone agreed with
this generalisation.

The other thing that had stood out was their way of seeing parallelograms as "twisted", or "tilted" squares. Again using GeoGebra, I showed how a square could be viewed in a 3D space and by changing the point of view seen as different shapes. 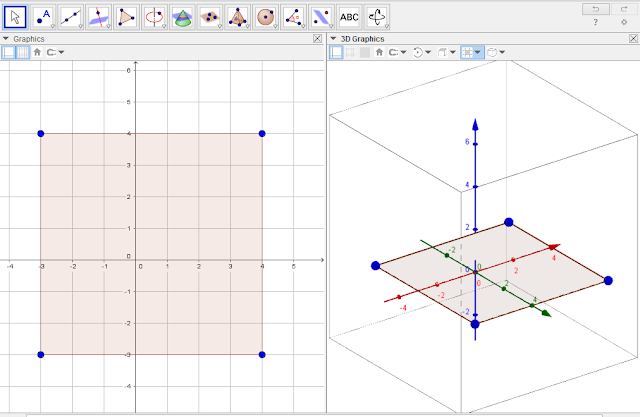 It was as if, I said, we were turning a square in the sunlight and seeing different shadows. Someone asked if we could do that, so at the beginning of break time we took down some squares and spent a couple of minutes drawing shadows before the other classes came down:

I've not really thought  of teaching projective geometry before, but the lesson gave me the impression that the students understood the idea more readily than they did the categorisation of quadrilaterals. Perhaps something to return to?

3. After we've got a thorough feel for the four sets, we do the normal Which One Doesn't Belong?

Knowing that the picture was more complex than normal, I didn't push this for too long; in fact I stopped after four observations: 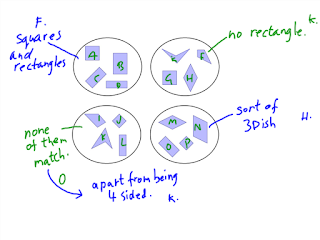 And there's "squares and rectangles! "No rectangle." Strawberries and fruit.

Where next? Afterwards I talked with Estelle about how the lesson went. We both thought the quality of the students' listening and reporting to the class while they were working in pairs was great. How to build on that, and get them listening even better and building on each others ideas, that will be part of our project. I'm looking forward to reading, adopting and adapting some of the thinking moves suggested in Making Thinking Visible.

It's given me a picture of which ideas about these shapes are within reach of and appealed to the students. Aside from the projective geometry and splitting into triangles, which I'm not sure how I would approach, the top left set seemed the most approachable, with the idea of right angles featuring. I wonder if we should return to Mondrian with this lovely Mondrian geometry tool, and use the idea of perpendicular lines to construct digital Mondrians? 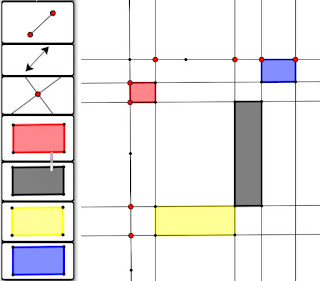 What would you do next?
Posted by Simon Gregg at 09:52