We had the idea that, it being Christmas, it might be the time to do some mathematical stars. And it was. (Click link to see details about the lesson.) We made them on paper, and we made them in Geogebra. And people noticed things! The same pattern was repeating with different numbers. And the pattern of repeats was interesting. 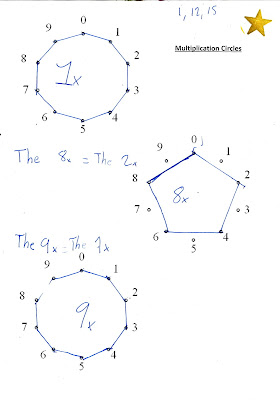 To give them another way of looking at the pattern of repeats, I showed them a multiplication square. We looked at the last digits in the multiples of 4 and how they are the same as the ones of 6 but backwards.

But then people started noticing other kinds of unrelated things. 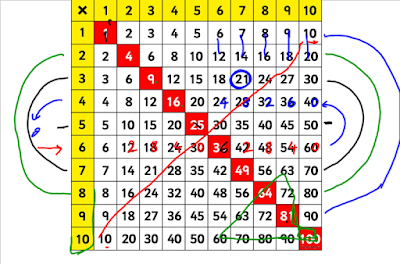 How the second row is double the first row. How the bottom left is the same as the top right. How the square numbers in the red diagonal go odd, even, odd, even. Someone said that there are more even numbers than odd ones. Then T said that only odd numbers times odd numbers give odd numbers; the rest are even. I perhaps showed some sign of approval at this point; in any case T suggested that should go up on the mathematical claims board. Yes, it would, I said.

There seemed to be so much noticing going on, that the next day I gave them an image of what we'd discovered with the stars and also a blank multiplication square, and asked them to write about, and illustrate, what they'd noticed about one or both of these. I wanted to do this because I thought I would get a variety of responses, and get away from the idea that there was one thing I expected, towards the idea of their own individual directions being important. And they were able to describe and illustrate lots of noticings: 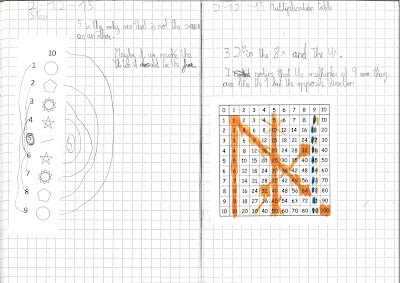 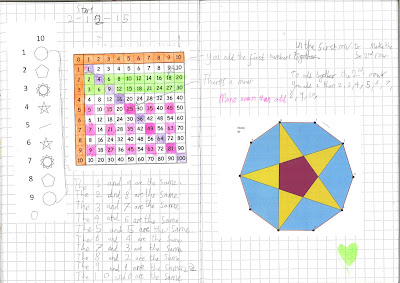 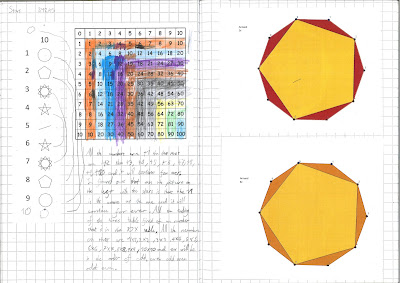 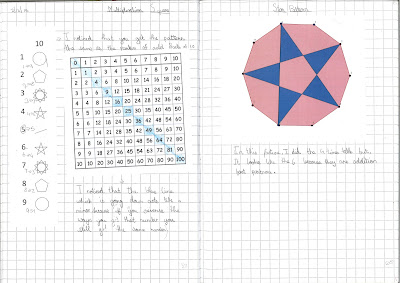 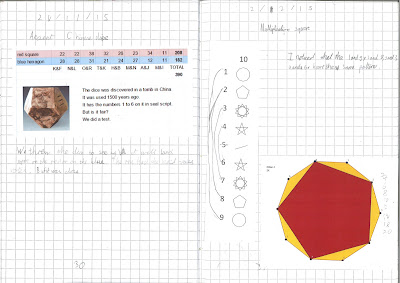 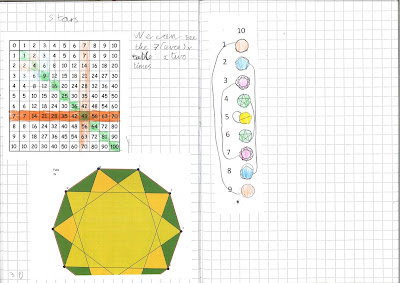 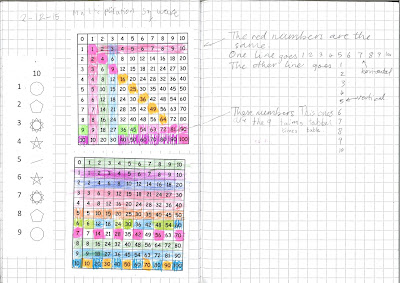 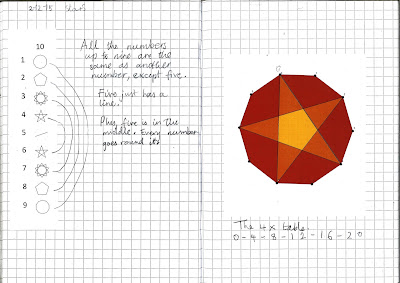 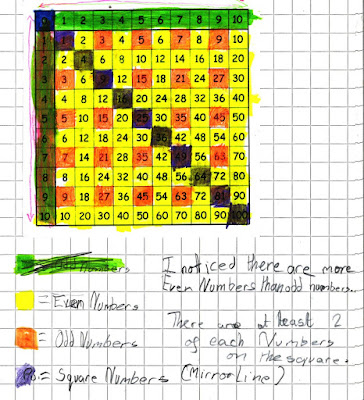 Today T's claim went up. I wondered whether they might be able to justify it - especially if they'd had some concrete experience fresh in their minds. So we borrowed the Numicon, which because it's lined up in two rows is great for odds and evens. We represented some multiplications and saw whether T's claim held true. 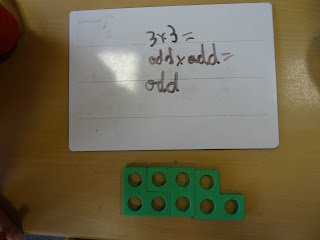 .
They documented T's claim and our examples of it, but justifying it was generally a step too far. I got the sense that they intuitively sensed it from our practical work, but articulating the intuition was just too demanding. It's a class which demands more time in terms of dealing with emotions, behaviour and relationships, and perhaps the level of focus was just not there, but in any case perhaps I should have saved T's claim up for justification later, after we'd look at simpler cases, like the addition of odds and evens. I think it was worthwhile, even if we weren't able to round it off with a justification.

It was interesting that there were more things observed when we looked at T's claim together: 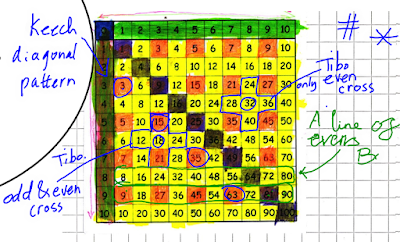 These could be followed up, but I sense it's time to move on, and perhaps return to the whole thing later, before anyone gets boggled.
Posted by Simon Gregg at 13:00