What the Hare Heard

My friend Matthew gave me Oliver Byrne's Euclid for my birthday - a beautiful book!


What struck me on this page is just how persistent these definitions have been (with just a little modification). They still look very like what is taught in primary school now.

Well, I can see that a lot of it is very basic and quite useful, and so it would persist on the basis of utility.

But I think there's more going on. It can't just be utility.

For one, there seems to be a persistence of things that are not really that useful. What adult - apart from a maths teacher - talks about a scalene triangle? A rhombus? {Note: re-reading this a few years later - 2017 - I now feel much more positively disposed to rhombus.}

And secondly there are lots of other things not mentioned by Euclid of equal importance that are not now taught.

Which makes me think that that this is a kind of meme (in the old sense). We're teaching it because we taught it. At one time Euclid was the backbone of maths teaching, possibly even the entirety of it. Parts of it linger on, like the redundant pelvis of a whale.

It's interesting to me to see a teaching meme persist so long.

Another meme that has lasted as long or longer than Euclid is the story of Henny Penny, which in fact is all about memes. Best to go back to the Buddha's version of the tale, The Sound the Hare Heard, which I recommend you read, not least as a landmark in our understanding of memes and what to do about them. As the Buddha says, "Those animals had placed themselves in great danger because they listened to rumours and unfounded fears rather than trying to find out the truth themselves." This I see as, ideally, part of the job of a teacher, not just to implement a curriculum, but to find out what should be taught for themselves.

What would I teach instead? Well, something which allows students to explore this kind of territory themselves rather than catching up with names and terms.

After all, Euclid relied on those who went before him, people who explored the whole territory themselves rather than learnt definitions. There may be a tight logic in The Elements, but the heuristic for arriving at it is not itself through logic, it's through play and exploration. The Greek mathematicians were people who, like my cat Tisha, wandered all over the territory, sat in every box that was going. 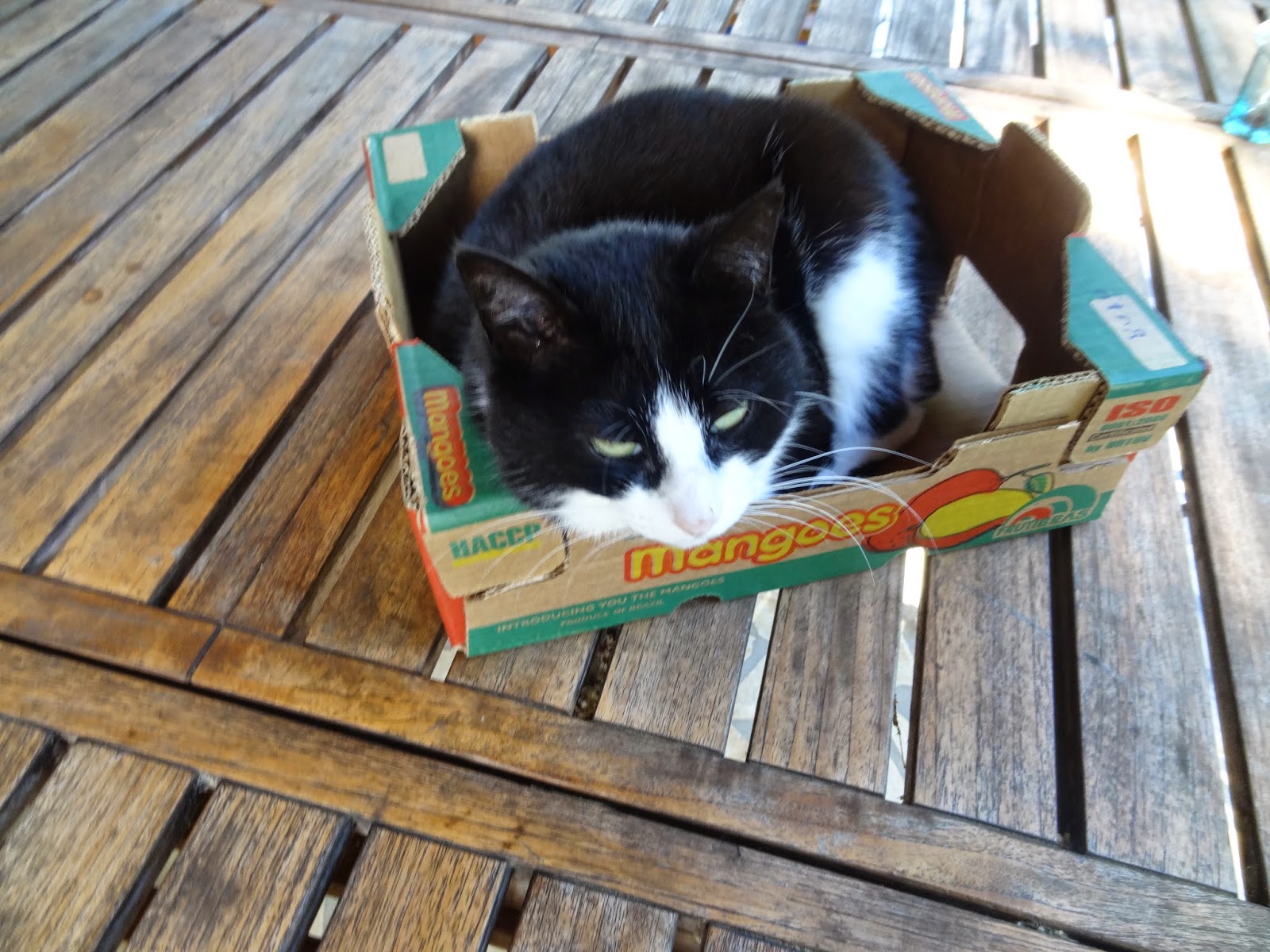 At this point you could watch Max Ray's "Why 2 is greater than 4: A proof by induction":


If we want to build up children's confidence and enthusiasm for maths, rather than simply tick off that they know something that the curriculum says they should know, then we should allow them to explore and to play, and hear what they have found, not just listen for what we want them to find.

We stayed clear of triangles and rhombuses this year, and inspired by Christopher Danielson's How I teach proof, focused on hexagons instead.

Our work on hexagons didn't follow Christopher Danielson's exactly, but we were able to explore shape without the long shadow of Euclid over us.
Posted by Simon Gregg at 11:38 No comments: