So, the five year olds in my K3 class made an amazing start creating whatever they wanted with Cuisenaire rods. Here's just some of the creations. In all the creativity there's a lot of implicit maths - ideas of equality and inequality, of arrays and rectangles, of sequences, of enclosing and aligning... And they're bouncing ideas off each other like crazy.


And now I've reached the point where I'm starting to ask for some very particular things. Make a "train" of pink and green rods: 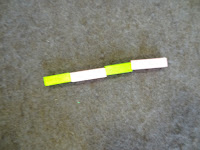 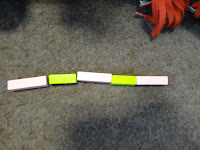 This seems like a much narrower place. I'm directing the activity, I introduced a bit of arbitrary terminology - "train". What I fear is losing all the creativity. 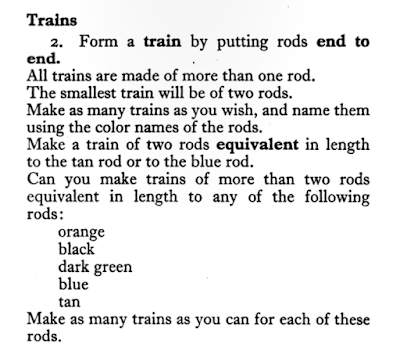 Trains take us to a lot of good things. But they're a little... one dimensional, after all the splendour of creation.

Perhaps if I was better at this, more sure-footed, I'd be confident to draw all this out from what has already been created. Certainly that's a kind of ideal. That the children are showing each other and learning from each other, and have the sense that they're doing so.

There's a famous story about the wise fool Nasrudin that came to mind when I was wondering if I was rushing ahead too fast:

One day the villagers thought they would play a joke on Nasrudin. As he was supposed to be a holy man of some kind, they went to him and asked him to preach a sermon in their mosque. He agreed.
When the day came, Nasrudin mounted the pulpit and spoke:
‘O people! Do you know what I am going to tell you?’
‘No, we do not know,’ they cried.
‘If you don't know, then you're not ready for what I have to tell you,’ said the Mulla. He got down and went home.
Not daunted, a deputation went to his house after a few days later and asked him to preach the following Friday, the day of prayer. Nasrudin agreed.
When the day came Nasrudin climbed the pulpit and started his sermon with the same question as before.
This time the congregation answered, in unison:
‘Yes, we know.’
‘In that case,’ said the Mulla, ‘there is no need for me to keep you longer. You may go.’ And he returned home.
Having been prevailed upon to preach for the third Friday in succession, he started his address as before:
‘Do you know or do you not?’
The congregation was ready: ‘Some of us do, and others do not.’
‘Excellent,’ said Nasrudin, ‘then let the ones who know tell the ones who don't.’

Adapted from Idries Shah's The Exploit's of the Incomparable Nasrudin