Since my last post about Cuisenaire Squares there have been developments.

One is that I did the lesson. I managed to resist temptation, and allow the students to explore on their own without any eye-glazing attempt to explain a proof or whatever. The only major intervention was to say that the ill-starred attempt of some of the boys to find a mathematical pattern in Minecraft Creeper faces with Cuisenaire rods wasn't going to work. 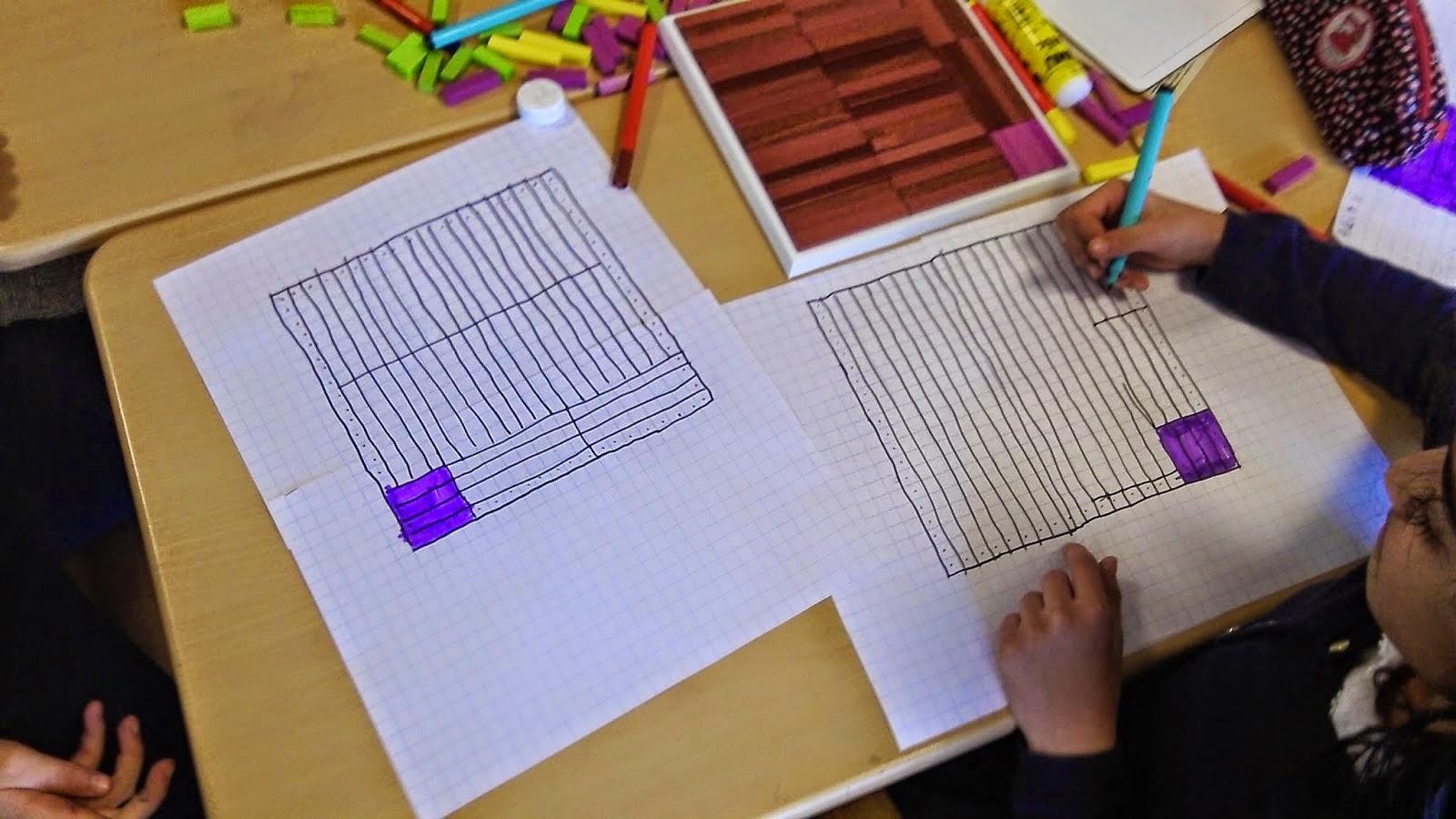 And it was worthwhile. There was all sorts of initiative (which is what I was wanting) and reflection following the square-filling, which led off in all sorts of directions. 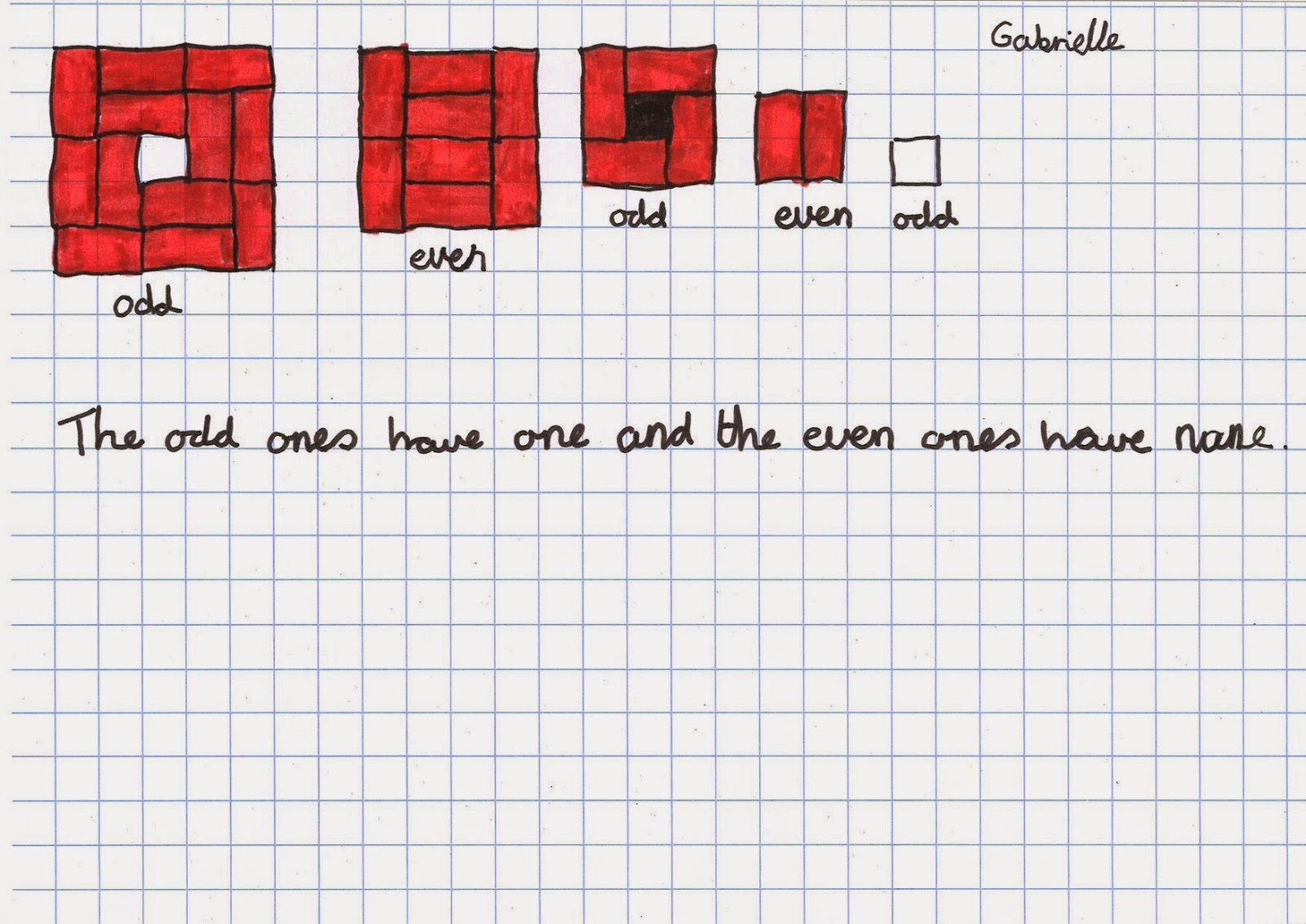 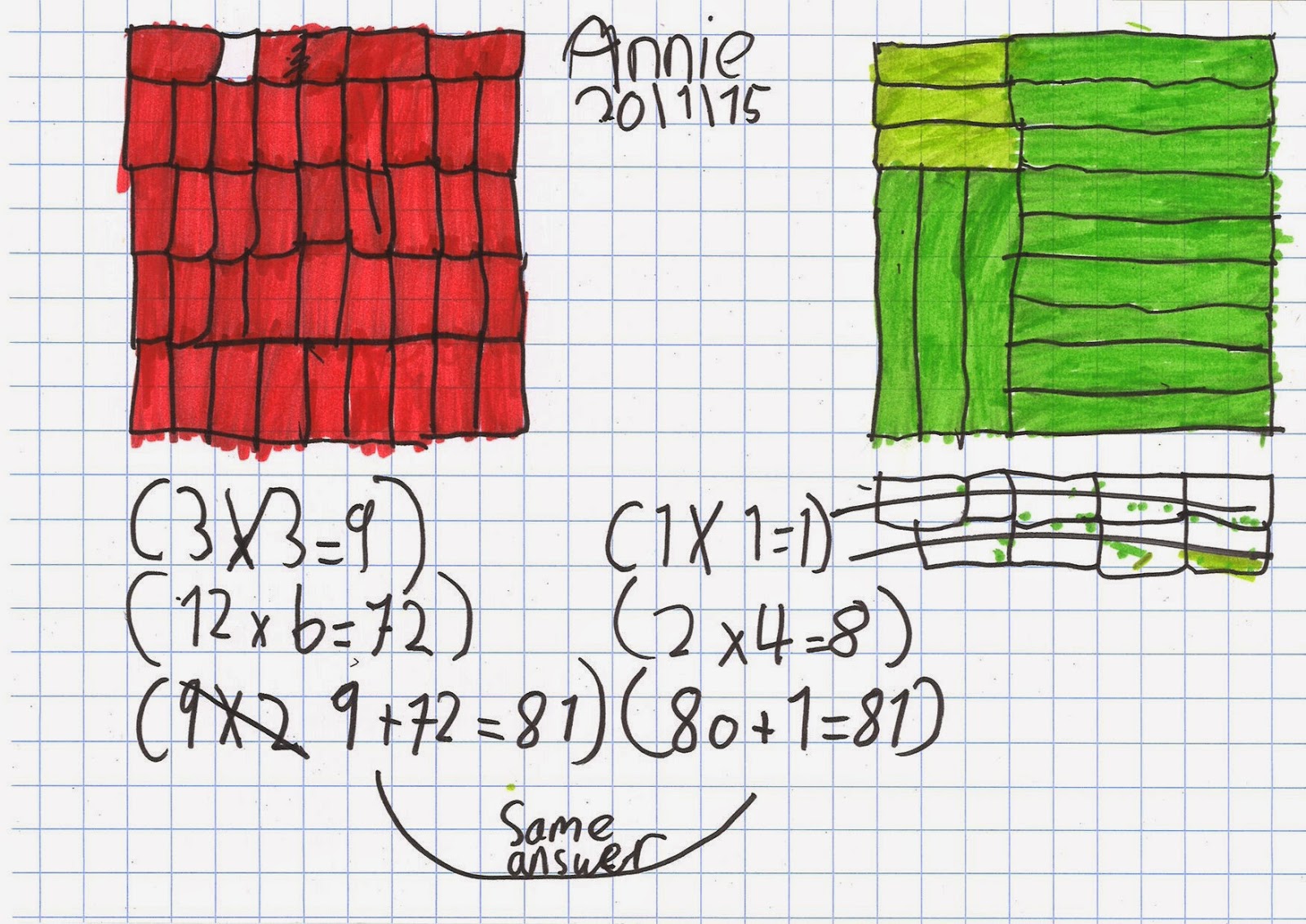 The second development is that I've been thinking about Miles Berry's proof, and backsliding a little.
The problem that was nagging at me, was that his way of filling the hundred-square so that it can be (almost) filled with 4--rods with four different colours
isn't the only way.
There's going to be a kind of repeating latin square. For instance, taking this square: 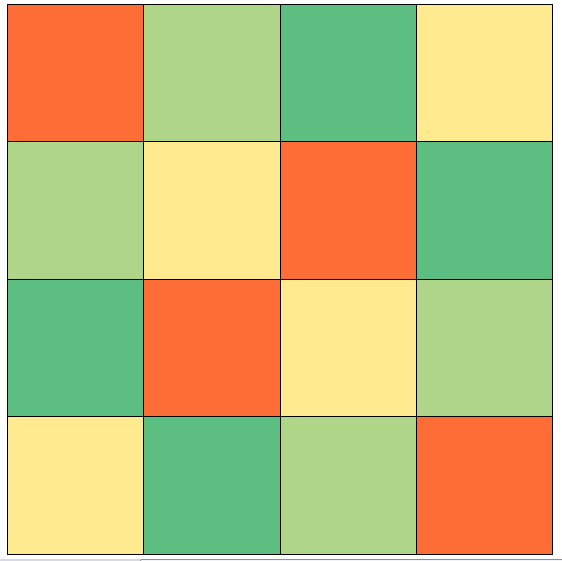 and repeating it will make e a 10 x 10 square like the one below. Like Miles' square it has more of one colour than the other colours, so the 4-rods wouldn't work with it. 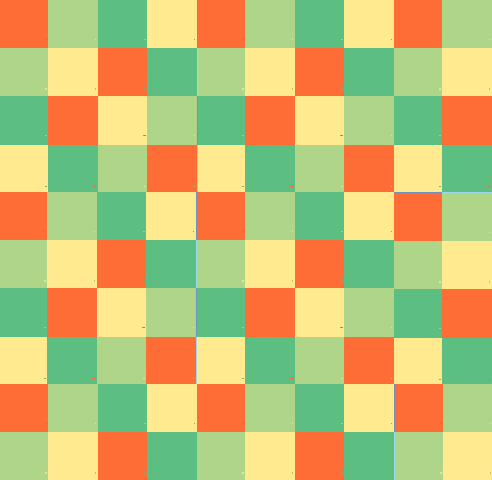 But you could find a latin square like this: 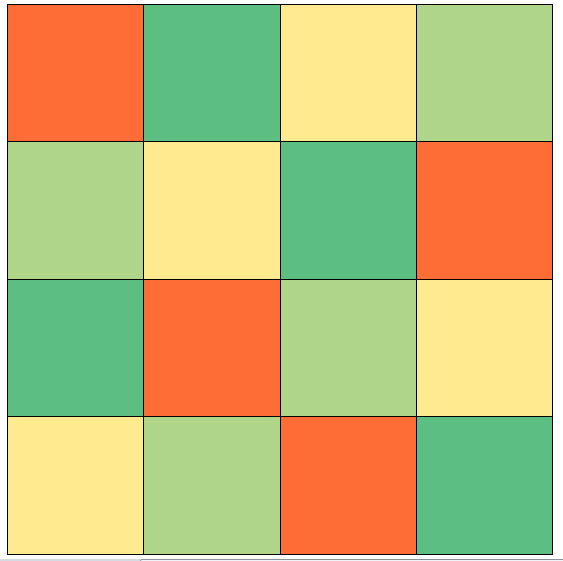 which would give this satisfying 10 x 10 square, with twenty five of each: 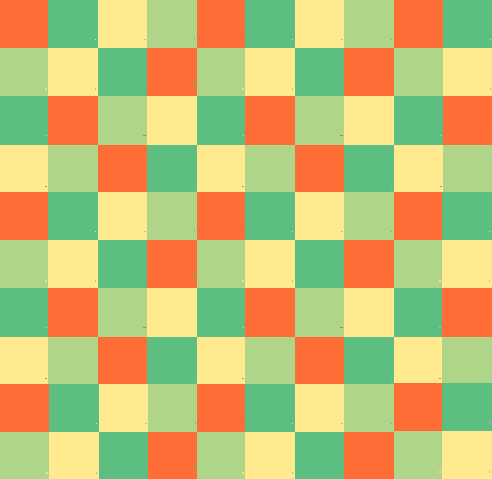 So, such a colouring wouldn't disprove that the square can be filled by 4-rods.

I'm really not sure I've got to the bottom of this though, and would value someone else's thought.

The proof still stands for the position of the lone 1-rod in a hundred-square filled with 3-rods though: 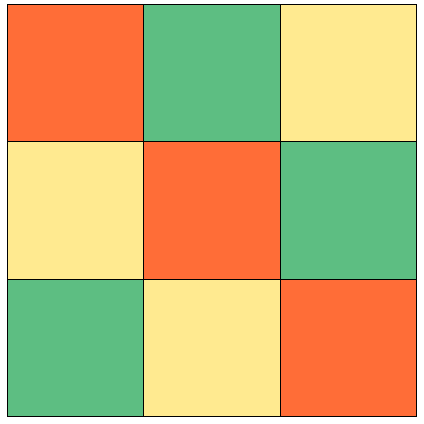 and that's because there's only basically one way of doing the 3 x 3 latin square.

And the last development is that Helen J Williams has had a go at the same activity with her maths club too, with good results: