So, we made some fraction talk squares.

I thought I'd document today's fraction talk lesson in a bit more detail, as we did a longer, 45-minute lesson on this rather than our usual ten minutes.

We started off working with a partner, looking at Beatriz's design: 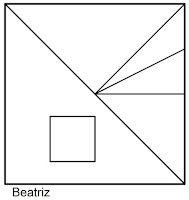 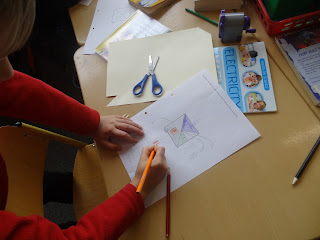 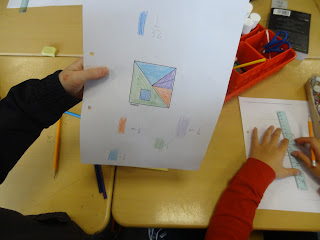 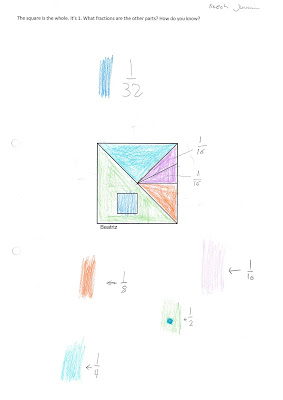 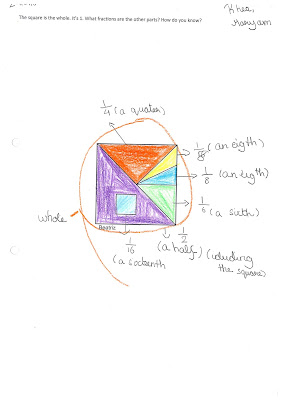 I circulated asking for explanations, and chipping in here and there. For instance:

Then we came together and shared what we'd decided: 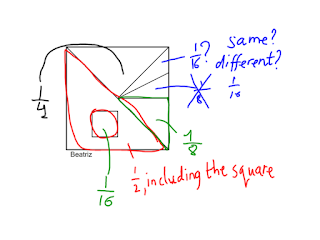 We were divided in our opinion about whether the top right triangles were the same fraction or not (this was what I was hoping for), and so I moved on to Maria's square. This time, straightforward for most of the square, but what about those two on the left? Opinion was even more divided. 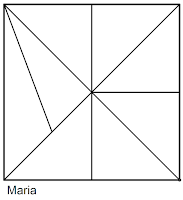 Then Maryam made her claim: "As long as it's the midpoint, it doesn't matter how you split the triangle; it will always be half." Yay! That will go on the claims board, and it's even more what I was hoping might happen! 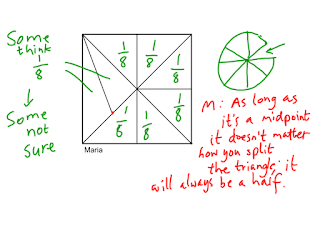 To help people consider her claim, I drew this on the whiteboard: 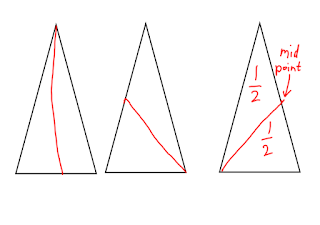 Some students said it wasn't clear because of my drawing. OK then, I said, how about I draw it on Geogebra?

I used the midpoint tool. Maryam was still persuaded the two half-triangles were the same. 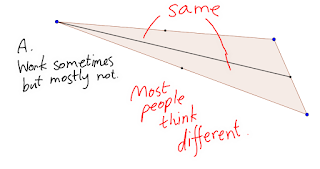 This time most people thought they were different. I said perhaps we'd need to come back to this. K. said that we needed to call Albert Einstein back from the grave to tell us. I was doubtful about both the possibility and necessity of that.

I was planning for them tomorrow to have a look at this image, made on an online geoboard, looking generally at all the fractions, and later focusing on the yellow triangle: 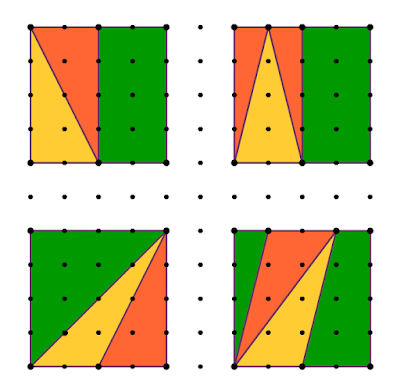 But, now Maryam has framed her claim differently to how I had, perhaps this diagram would be a better one to anatomise:

I think maybe we can see that whichever way we cut up the yellow triangle, we cut it in half.