I was especially struck by "Say Yes to Students' Ideas".

One of my students lent me one of his Toto books. This was my favourite page: 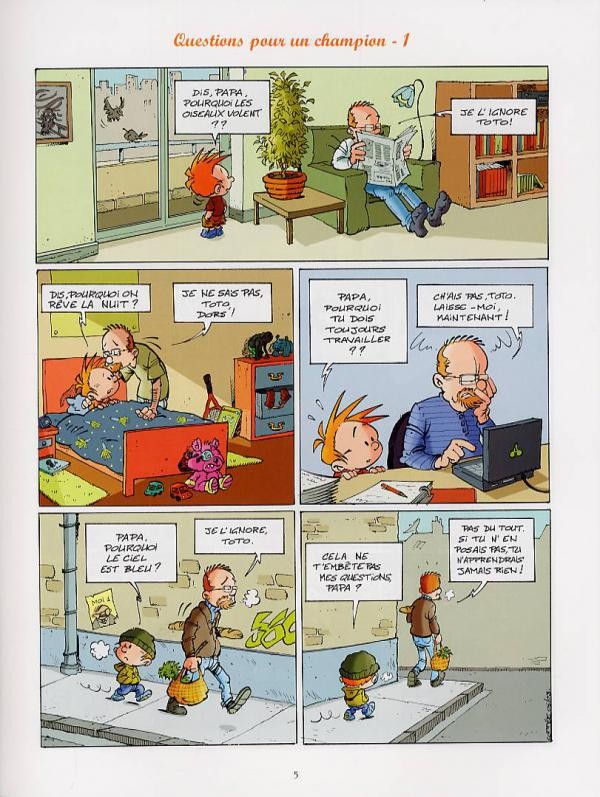 Toto is asking lots of questions. Why do birds fly? Why do we dream at night? Why do you have to work all the time? Why is the sky blue? Dad brushes the questions off. "Are my questions bothering you Daddy?' says Toto.  "Not at all," says Dad, "if you don't ask questions you won't learn anything!"

I've always liked questions. In the last few years I've harvested them, and built them into the timetable. This last year, there are more than ever. There's still further to go, but it's getting good.

Just recently I've started a Window of Wonder because I want to signal that questions are very welcome, and to keep them there to remember to answer some of them. 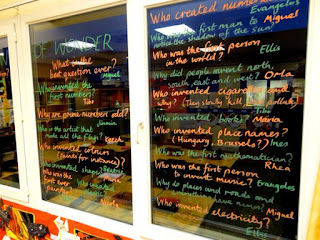 We've also got a wall of wonder where the students can write questions that come up. And often I just jot them on the whiteboard as we're working. Sometimes they do get lost, because they usually come up when you're in the middle of something else, but I'm making a big effort to keep most of them. And the students know it. Miguel, my Chief Questioner, said we should put The Question Classroom up on the door. Sometimes I'm asking for questions - I ask "What do you wonder" about all sorts of images, equations, statements. But more often they'll just come up. We're looking at a map of Paddington (because we're learning about the discovery of antibiotics - that came from a question too - and because I grew up there!) and Ines asks, "How do they make a map?" Too big a question for now, and too tangential, but a great question! 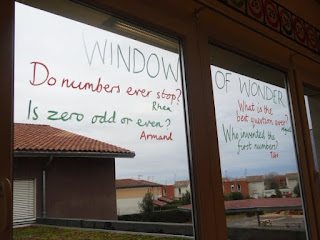 We were talking about something else when Armand asked his question, "Is zero odd or even?" Some students were desperate to answer straight away. But I wanted to keep it back, give it more time. So it went up on the window, and only later did we return to it. 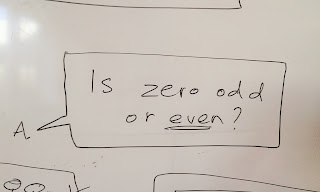 As I knew a lot of people already had clear ideas about it we let them say that it was even, then I asked them to justify their answer. This was the interesting bit. There were two story justifications: 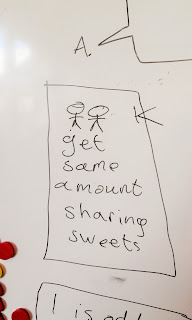 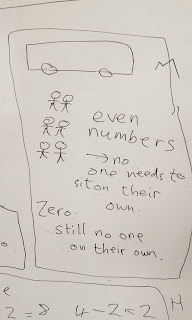 and some number pattern justifications: 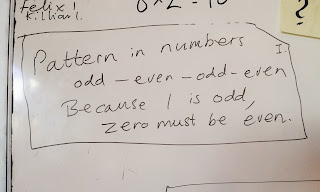 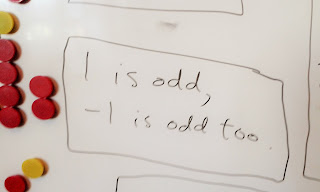 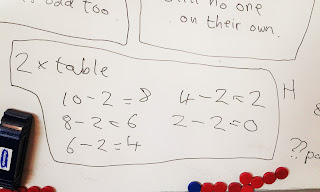 Rhea acknowledged that zero did seem different however! 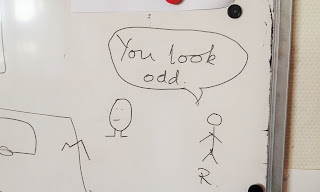 We also have a Mathematical Claims Board. At the moment it's got claims that are generally accepted:

but I'm hoping for some claims that might be more debatable!


I'm lucky that my school has just begun the IB Primary Years Programme. One of its learner profile words is Inquirer. Inquiry is central. This legitimates learning that begins with students ideas, their questions. I can give time to questions like these that came up when we were talking about millimetres last term: 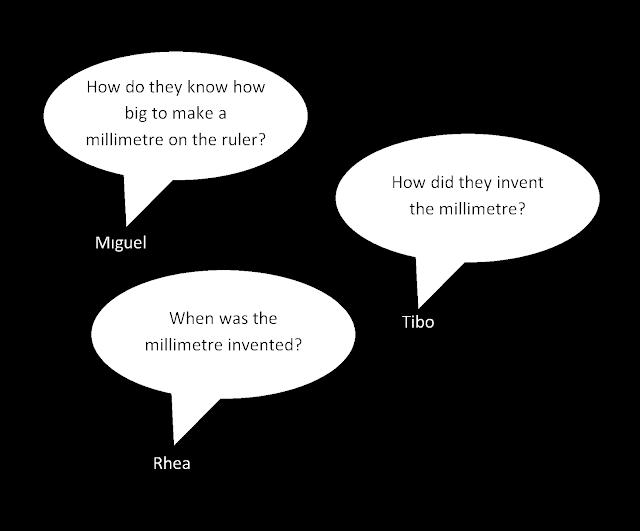 Miguel keeps reminding me that I said I'd get on to these questions. Which is good because it's a great story...

Email ThisBlogThis!Share to TwitterShare to FacebookShare to Pinterest
Labels: inquiry