I used to be the worksheet king. Making them clear, uncluttered, as simple as possible. They're all, hundreds of them, on the system at work. Here: I've found one from February 2005: 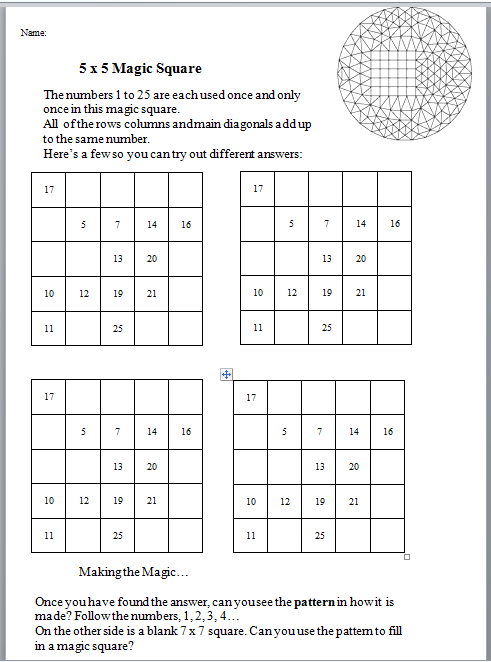 That must have been Year 6, ten, eleven year olds, I was teaching that year.

But these days I seem to be using them less and less. And the Abacus textbooks, with lots of sums and things in,

I've hardly touched them at all this year.

Partly it's that I'm more and more wanting the kids to be creative in their maths work, and neither the worksheets, nor the textbook seem to give enough space for this. With creative work, there's usually a stimulus at the beginning of the lesson (after we've done a bit of number circle or estimation or some starter or other) and then there are constraints (often the manipulatives we use are part of this) and a requirement that I give by speaking to the class, maybe an example. Then off you go...

I'm not against either worksheets or textbooks. It's just the way I've been moving. You can see why perhaps in my earlier posts. (You can see some of our work on the Year 4 blog.) And, besides, as well as my own ideas I've been getting so many from the great people in the Math-Twitter-Blog-o-sphere #mtbos that there's really not enough time to do half of the things I want to do.

So I was interested to read a post by Andrew Gael on different kinds of worksheets that approach the same task. I immediately wanted to do a worksheet-free lesson based on the same premise. But I also wanted to see what the worksheet would do for us. I chose the one I liked best, and passed it out without too much explanation to my Year 4s (8 and 9 year olds). I had to translate a little. I don't call it graph paper; I call it squared paper. But most of them could see the idea, though I think some them were a bit fazed by getting a worksheet with written instructions out of the blue like that. A few asked for a bit of supplementary explanation. 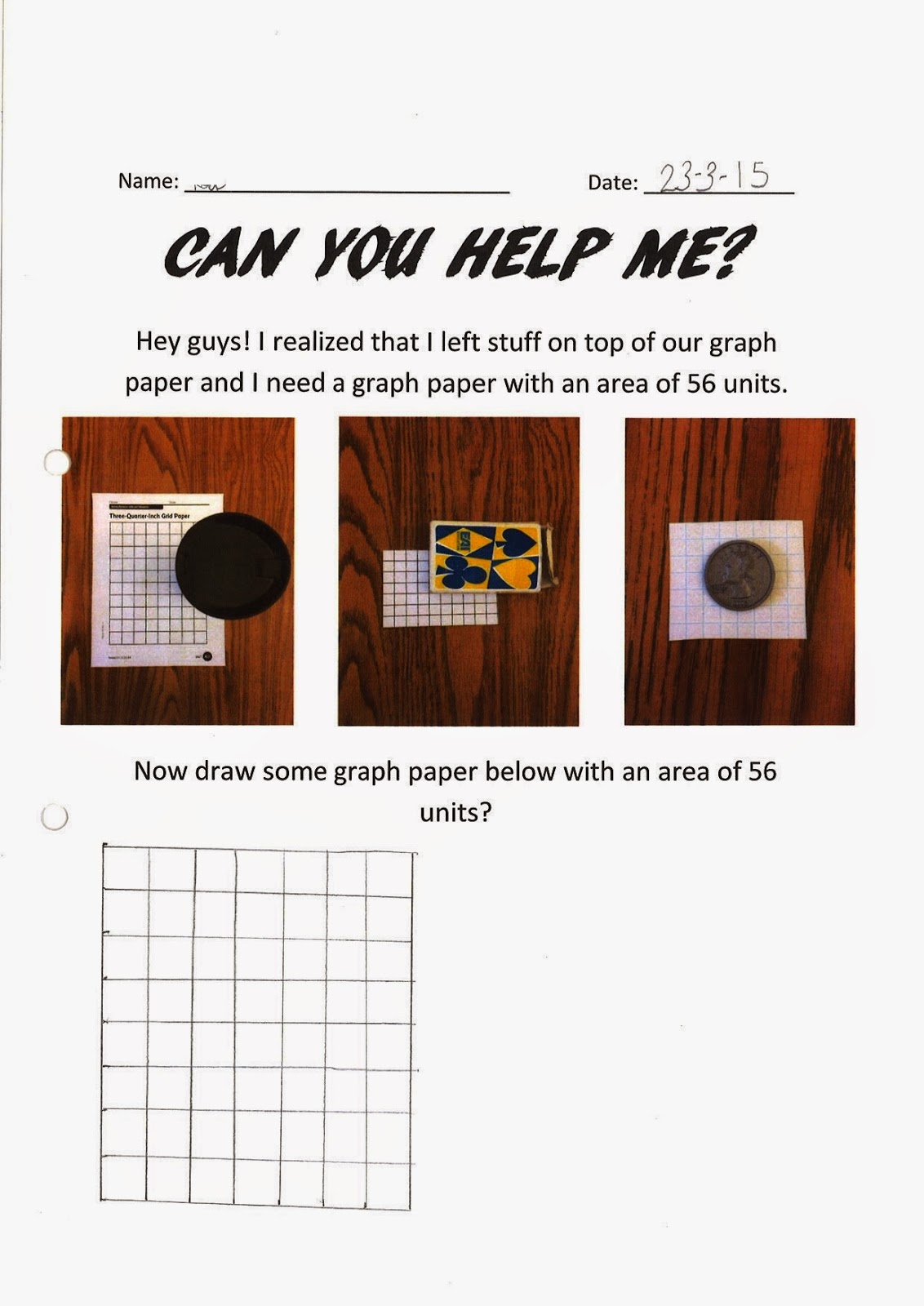 For one it was just so too easy, he went all one-dimensional: 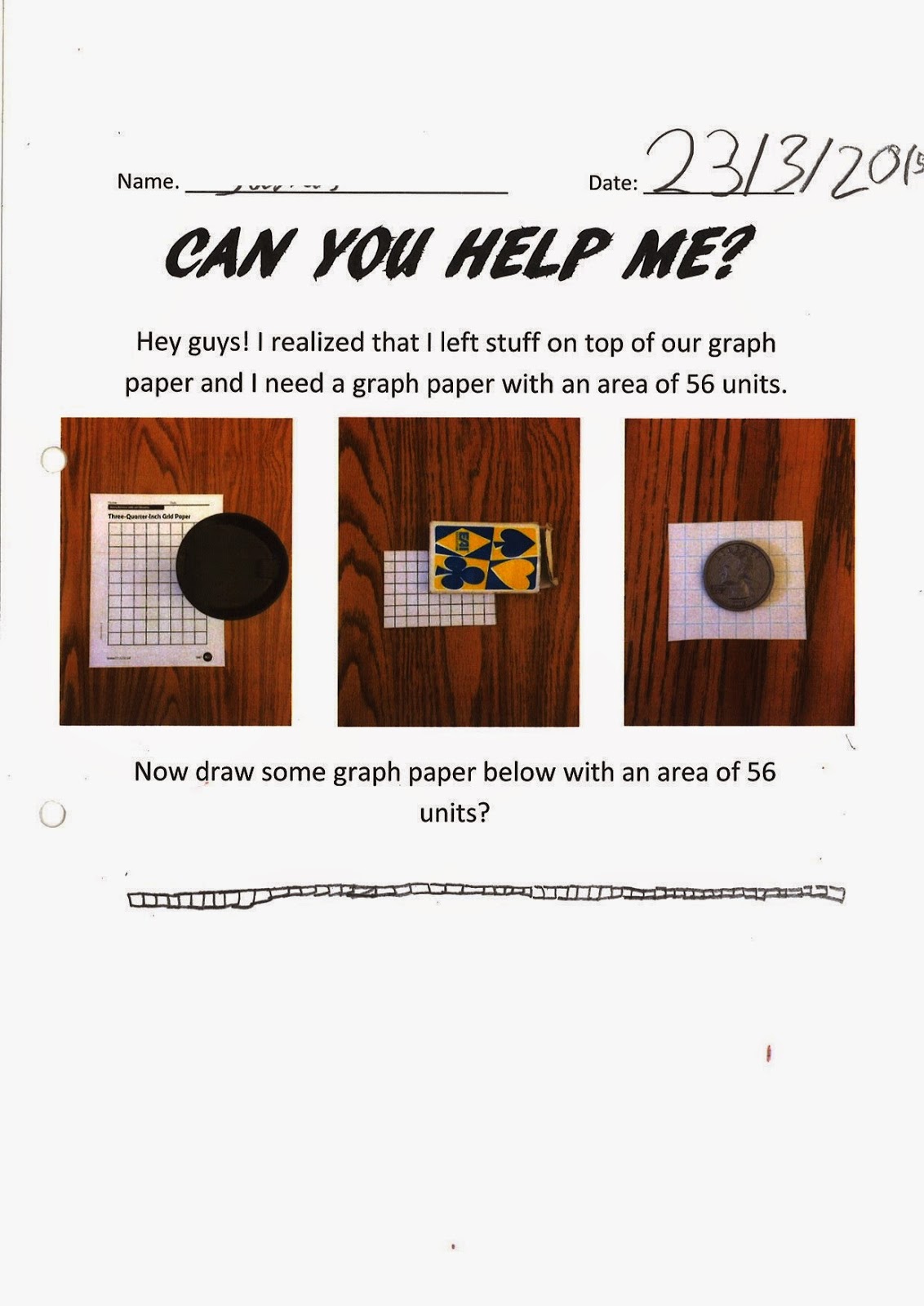 Some got the side lengths wrong: 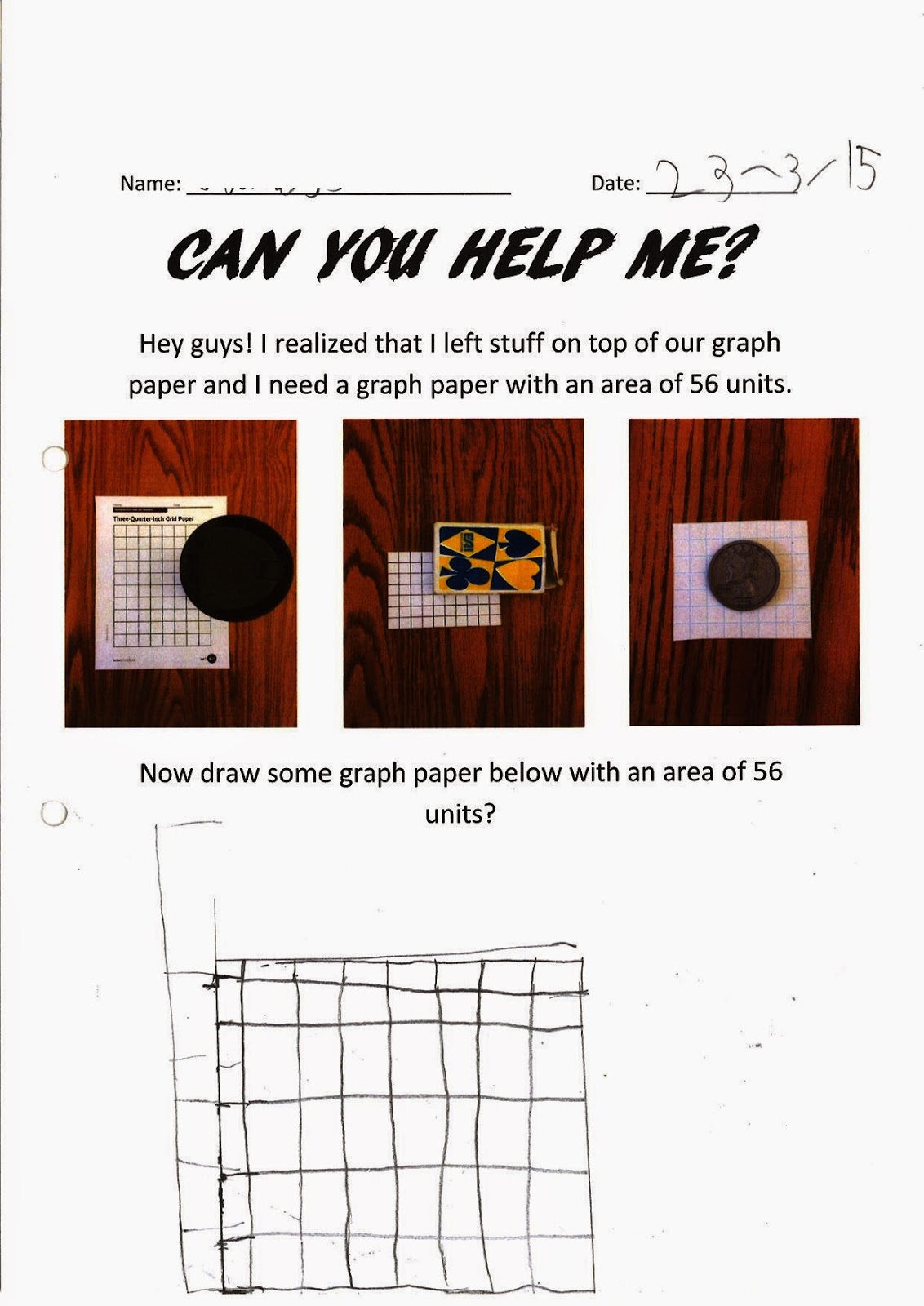 And one got a bit confused: 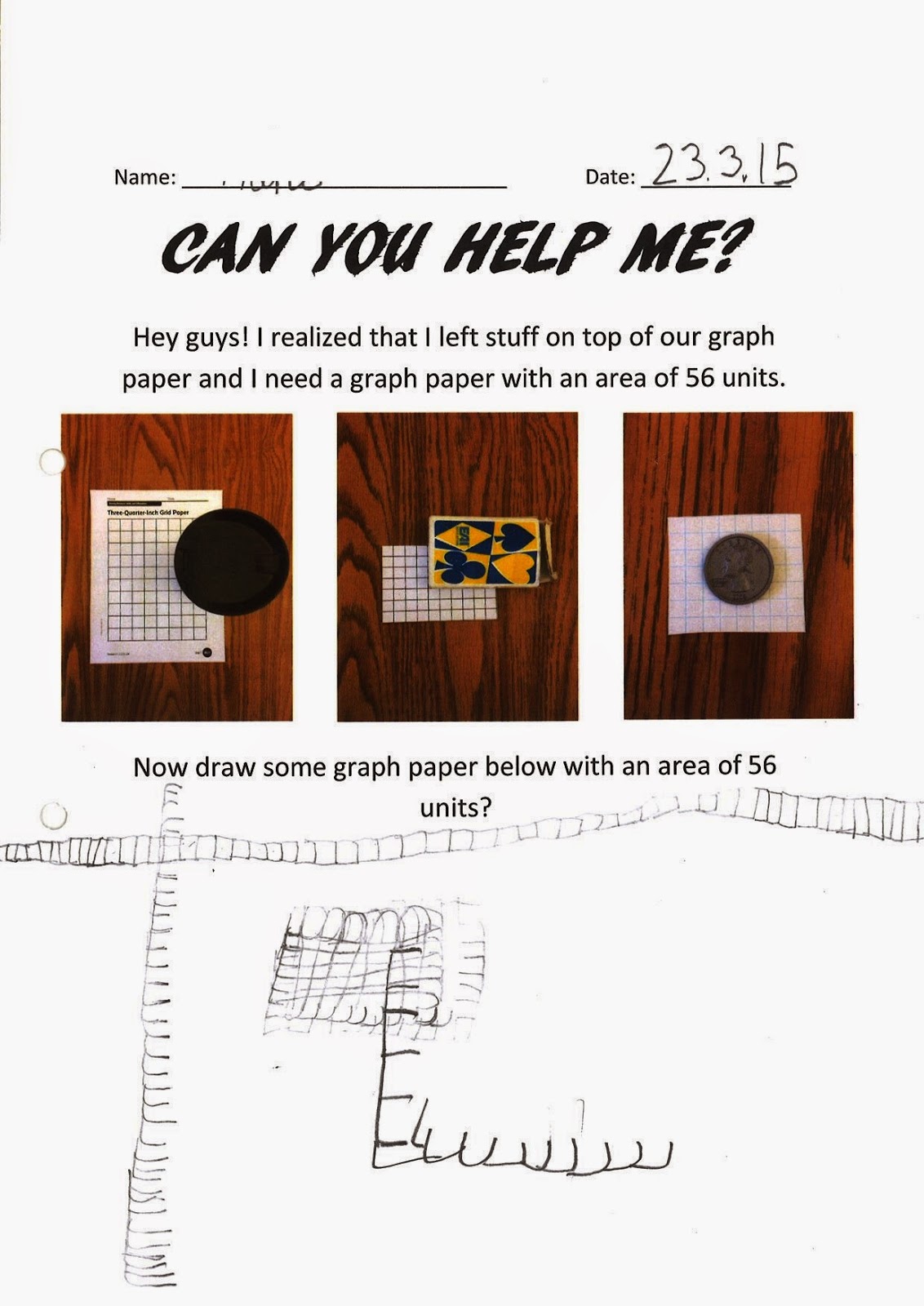 Aside from anything else, you can see it's a worthwhile activity just to draw a grid of a certain size (just as it's a worthwhile activity for young kids to create their own number line) and about half the class need a bit more practice at this. I think about a third of the class could do with repeating this activity and getting it right. So it's been informative. All of them could do with annotating their grid with a bit of explanation. Checking wouldn't be a bad thing either! Tomorrow.

What did we do next? More of an open-middle kind of thing. They cut rectangles form squared paper. Wrote how many squares on one side and their name on the other. Then they cut bites out.

We looked at them a bit together, and worked out the area of the original rectangles of some of them. We'll return to them, and the worksheet, tomorrow. 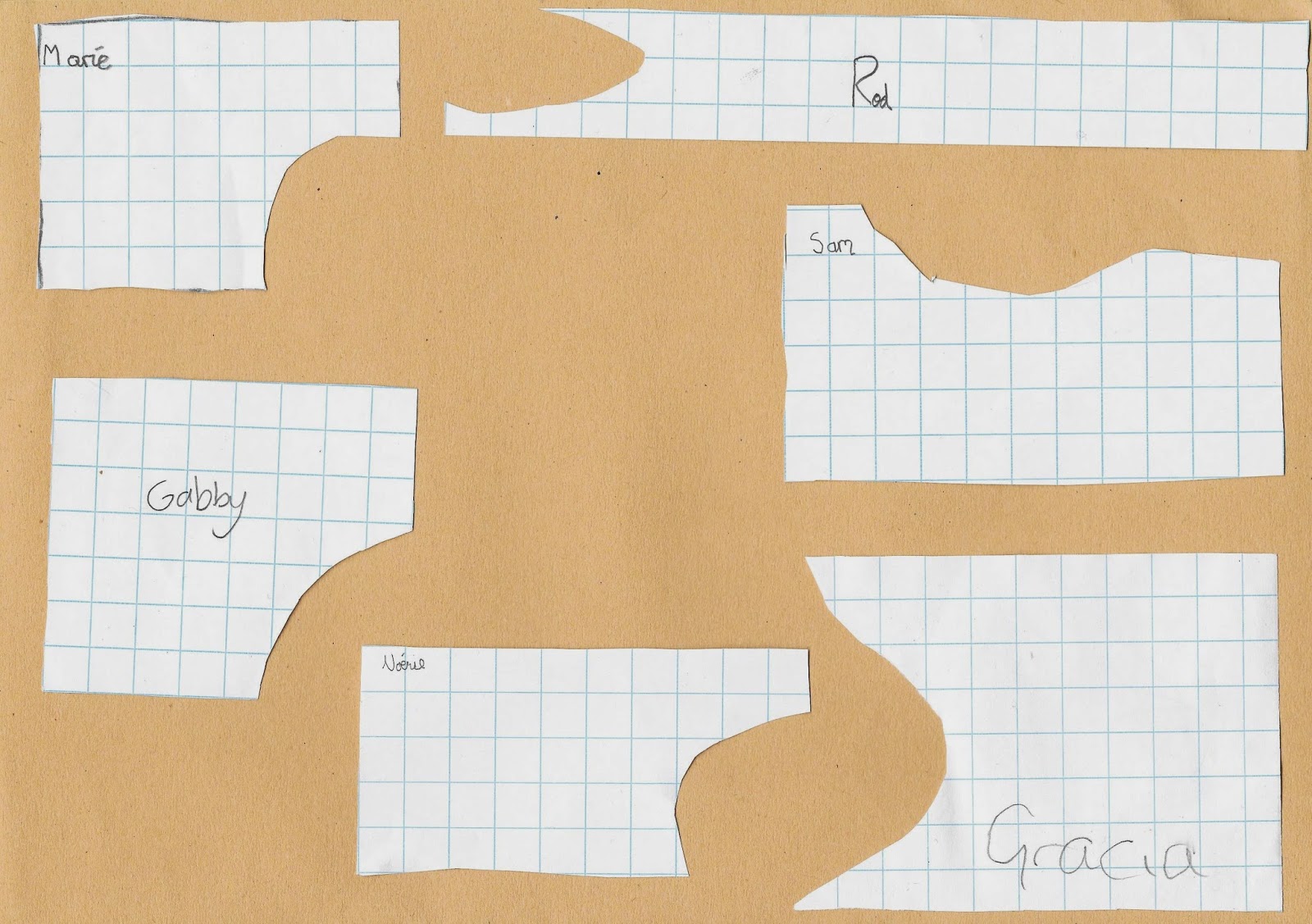 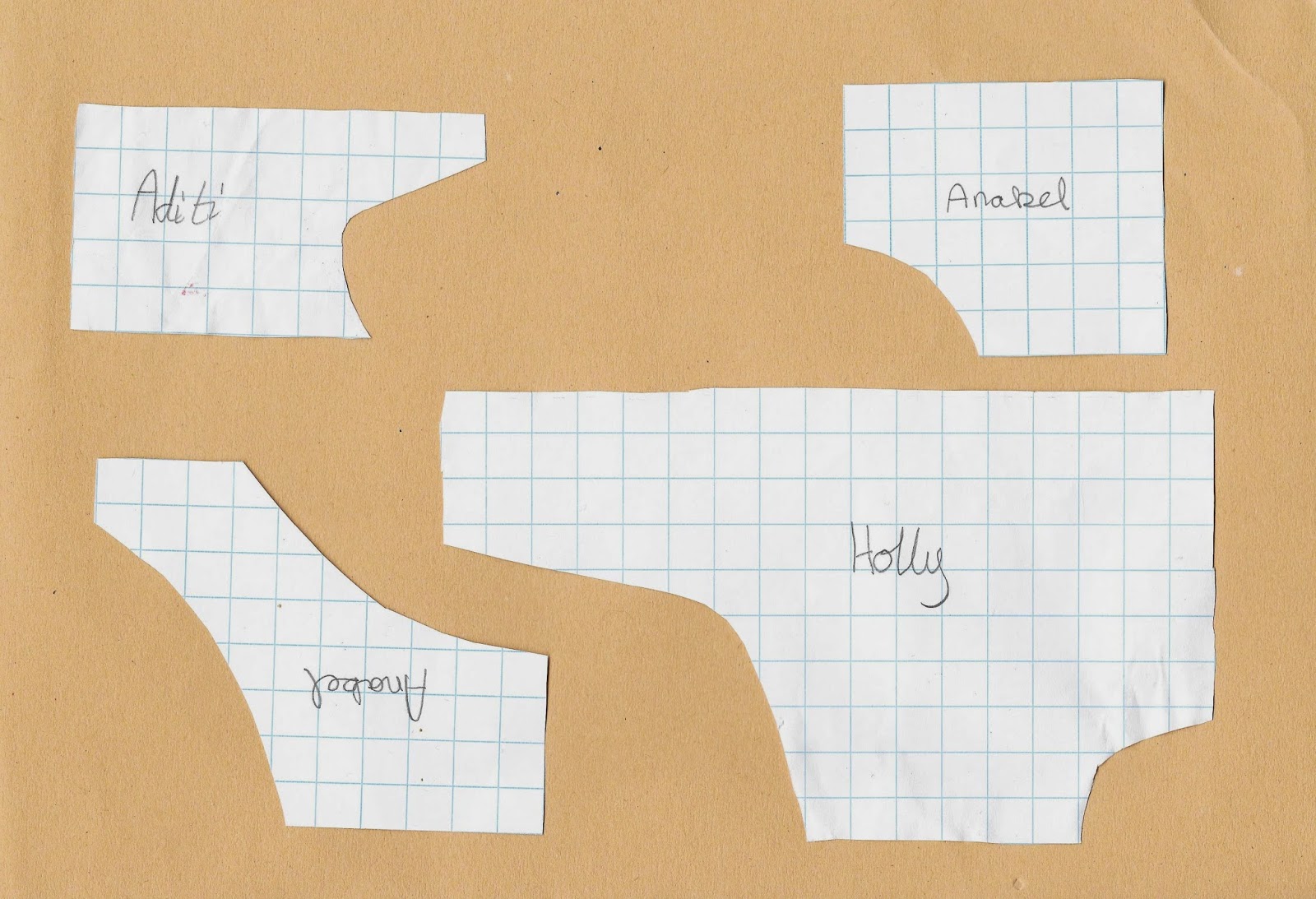 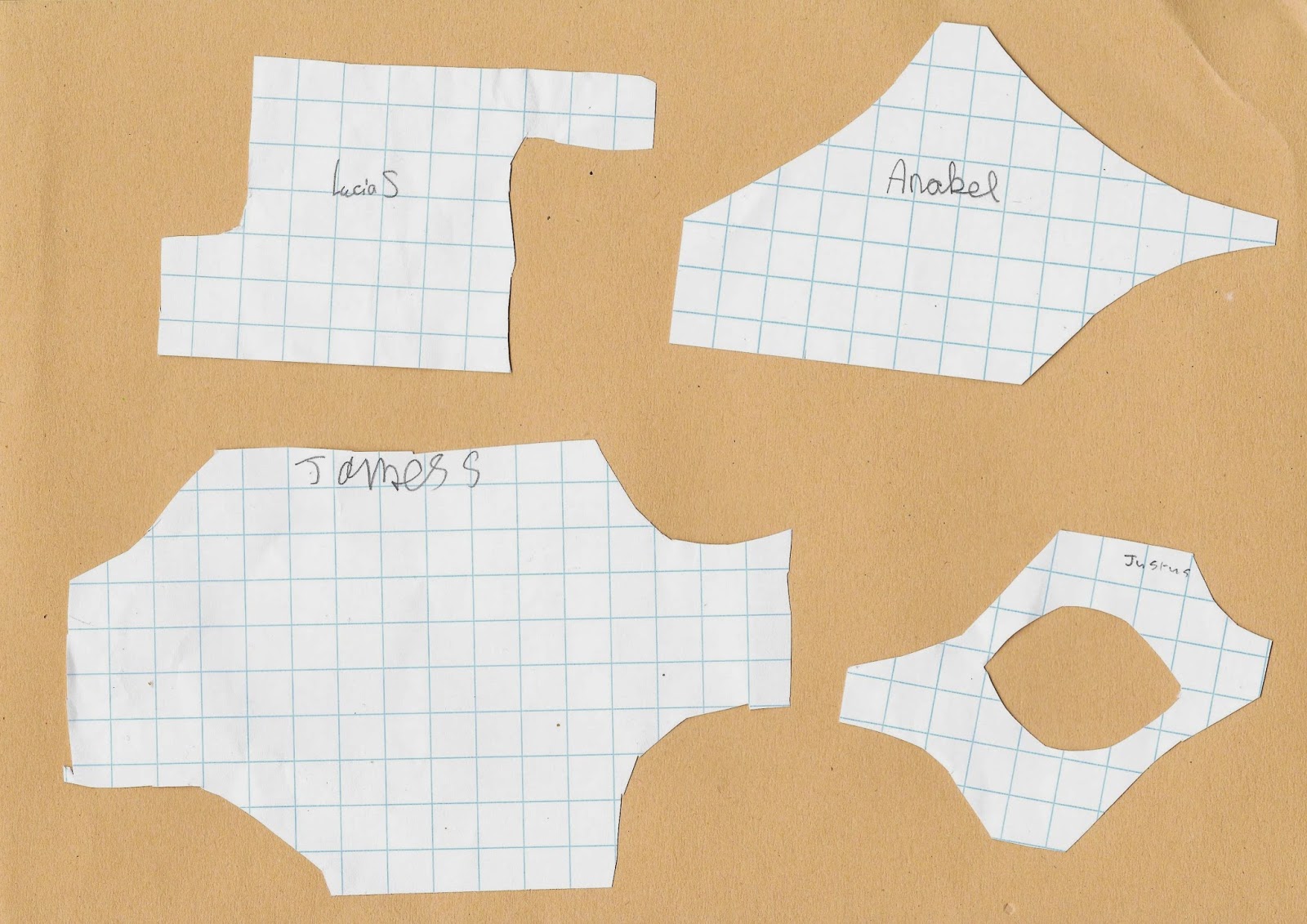 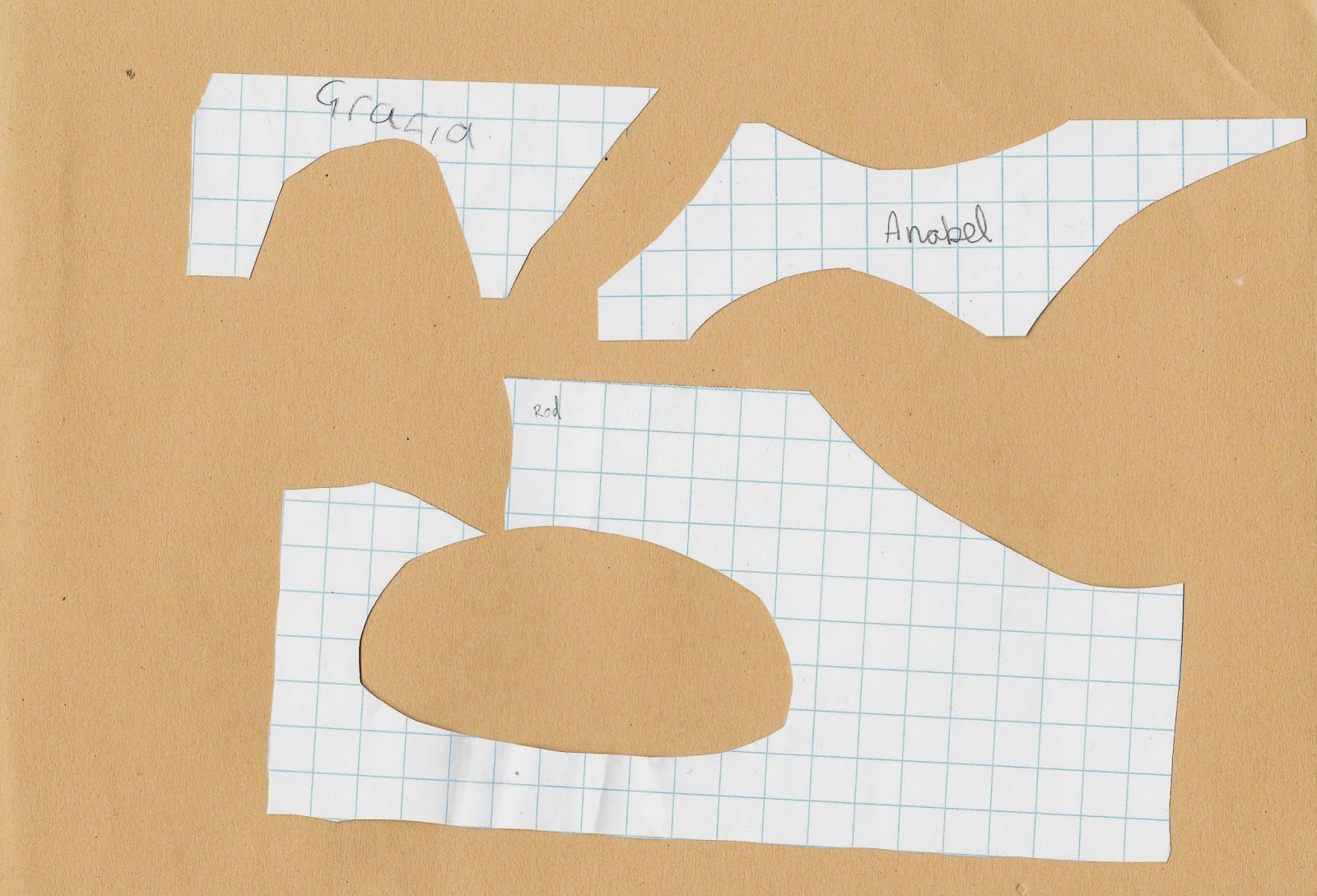 Anyway, what do you think? I've changed Andrew's question to fit my case. What are the advantages of the worksheet here? (Should I be using them more?) And how about the task afterwards? I'm interested in your thoughts.

POSTSCRIPT
The next day I gave everyone their work back to check, and change if need be. I also gave one of these orange sheets (with the orange taken out to make space for writing) to everyone.
Most people seem to have got the idea; though I think I'll throw a few "draw me a rectangle with 45 squares on it"-type questions when we all have our whiteboards for a lesson starter.

Thank you, all you brilliant commenters! I've certainly got one or two things a lot clearer in my head about worksheets good and bad, and more besides.
Posted by Simon Gregg at 14:04

Email ThisBlogThis!Share to TwitterShare to FacebookShare to Pinterest
Labels: worksheets